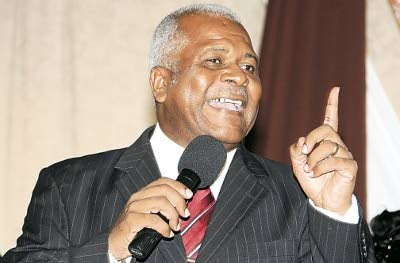 The Reverend Merrick ‘Al’ Miller was found guilty of a corruption charge arising from the 2010 capture of then fugitive and strongman Christopher Dudus Coke.

The verdict was handed down in the Kingston and St Andrew Parish Court by Parish Judge Simone Wolfe-Reece.

Coke was captured after an extensive manhunt which ended when he was captured in a sports utility vehicle that was being driven by Miller. The Jamaican drug kingpin Dudus was later extradited to the U.S. where he was charged with racketeering and sentenced to 23 years in prison.

Parish Judge Simone Wolfe-Reece, in handing down the verdict late last week, said Miller was not completely truthful to the court and that his “behavior facilitated the desires” of Coke.

“I am of the view that in relation to the evidence given by the accused man, there are instances where he was less than candid with the court in relation to what happened.

“He appeared to me, based on the evidence, evasive with details from he got the call from someone to the time he exited the (Bog Walk) gorge,” Judge Wolf-Reece said.

The judge highlighted the fact that central to the case was the credibility of the witness and she had to question herself “Who do I believe?”

She said she found the prosecution’s witnesses credible and rejected the evidence led by the Fellowship Tabernacle pastor.

The popular pastor is in charge of the Fellowship Tabernacle church in St Andrew.