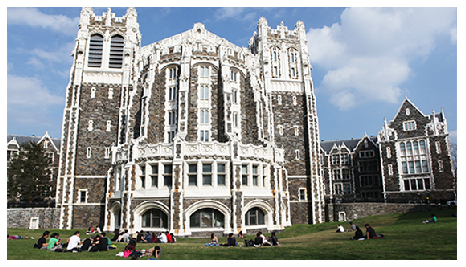 “This is the first time City College has placed first in an American Institute of Chemical Engineers (AIChE) regional or national competition,” said Dilan Mataraarachchi, a chemical engineering and captain of the CCNY Chem-E- Car team.

CCNY competed against 27 other universities and colleges at the Mid-Atlantic competition, with Iodonator outperforming entries from Princeton University, Cooper Union and Johns Hopkins among others.

The objective of the Chem-E-Car competition is to build a car, the size of a shoebox, which runs and stops at a precise distance via one or more chemical reactions. Iodine is one of the chemicals used by the CCNY students from the Grove School of Engineering to run their invention, and a source of its name.

Iodonator’s trip to San Francisco will be the fourth straight by a CCNY team to the AIChE finals where they have excelled in recent years. Their honors include a second place finish in 2013 with “REAKTER,” and the Spirit of Competition Award in 2015 with “RuSTi.”

The team to Delaware comprised (all chemical engineering unless indicated):