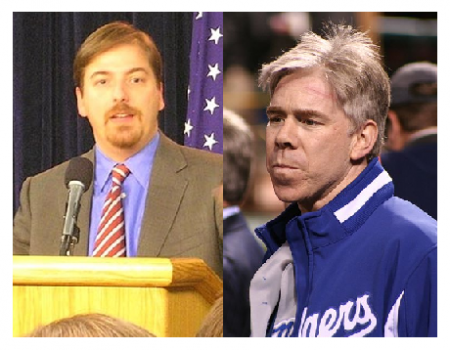 Chuck Todd, NBC’s political director and host of the ‘The Daily Rundown’ on MSNBC, is being touted as the new moderator of the public affairs program “Meet the Press,” according to Politico’s Mike Allen.

The truth is Gregory’s tenure at the helm of the once popular program has not met the standard of the venerable Tim Russert, an act whose shoe was always going be difficult to be filled.

The show’s rating has plummeted under Gregory’s watch and moreover superseded by program rivals such as ‘Face the Nation’ and ‘This Week.’

What ails the program according to some pundits is not so much personality but a type of ‘sameness’ on the Sunday Shows — a bunch of mostly white guys arguing over the political malaise that has beset the country.

Today, the question that is being asked by people in the know is what does Chuck Todd bring to the table that Gregory lacks?

Quite frankly, I would venture to say not much and if anything it would be Todd’s statistics nous. Granted, that may be the dazzle to management at NBC but will not hold the attention of a discerning public.

Both men are political junkies and Washington insiders and in general display a similar personality and demeanor on set.

In order to set the ‘Meet the Press’ program apart from other Sunday shows, NBC’s quest should be to find a host ala BBC’s Stephen Sackur.

Will they, or are they prepared to put Todd’s ratings on the line?