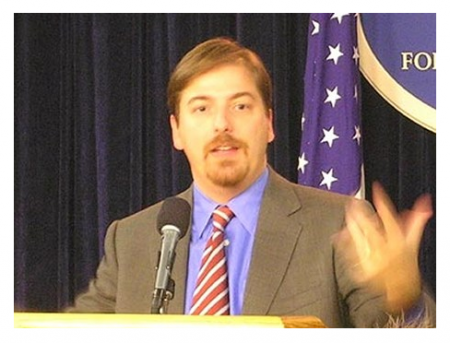 Today, it would seem that if you are part of the fourth estate – The Press -and have not written or in the process of writing a book you are seen as a black sheep.

Now, what of Chuck Todd? He got Obama to appear as his first guest on his program Meet the Press,tried to hassle top headlines news from the interview, then soon after he has a book out on the market about the President.

The book titled, “Stranger,” according one reviewer is a “stinging indictment” of Obama’s time in the White House and slams the president as unable to fulfill his potential or work with those across the aisle.

The fact is Todd is fast becoming a “stranger” to a discerning television audience as his Meet the Press ratings is falling faster than OPEC oil price.

Now, in a recent exchange it was brought to the fore that the commander-in- chief doesn’t think much of the man who labeled him “The Stranger.”

According to a nypost.com report, the President while shopping at a Washington, DC, bookstore came across a copy of Chuck Todd’s new book about his presidency.

“How is he writing a book already? asked his 16-year-old daughter, Malia. “Sad.”

Politicususa.com writer, Jason Easley puts it this way, “Chuck Todd is sad. He wasn’t even the first choice to replace David Gregory as moderator of Meet The Press. Chuck Todd was NBC’s safety date, which the network turned to after the people that they really wanted turned them down. Meet The Press is continuing to flounder, because Todd is David Gregory with a love of politics. Notice that I used the terms politics, not policy or journalism.”

The truth is if Todd’s intention was to preempt his peers and ratchet up sales by being the first in the market with a book on Obama it clearly hasn’t worked. His book has yet to hit the best seller’s list and indications are that will not happen anytime soon.