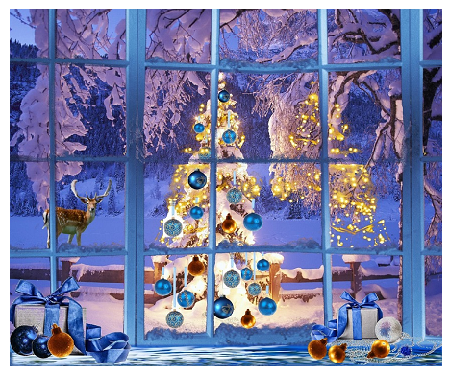 So eat your heart out

The cat and the fiddle,
The cow jumped over the moon.
The little dog laughed,
To see such fun,

And the dish ran away with the spoon. Christmas is filled with fantasies and has been plagued with controversies ever since its inception.

The truth is there is nothing truthful about Christmas, but just like nursery rhymes such as hey diddle diddle it helps to reinforce part of our cultural code in social relationship and interaction.

So, when Starbucks decided to go plain red with their cups, their action must be viewed for what it is – an attempt to kill part of our joy and fantasy.

This was not lost on Dunkin’ Donut’ as they immediately unveiled their holiday cups decorated with a wreath circling the word “Joy” which for many is what the holiday season is about.

The fact is the pull of mammon pushes businesses into a fit of frenzy at this time of the year.

So, one ought not think it strange when a company like Target tries to be cute by pawning off sweaters to customers marked “OCD Obsessive Christmas Disorder,” without realizing that poking fun at obsessive-compulsive disorder is not cool — yikes!

The fantasy, however, seems to have gone a little too far when Bloomingdale’s in their Christmas catalog, features a woman laughing and looking away as a male model looks suggestively at her back — combined with an ad copy that reads: “Spike your best friend’s eggnog when they’re not looking.”

On the other hand, it would not be Christmas if politicians did not inject themselves into breaking news concerning Christmas ala the Starbuck red cup controversy — It’s not only the festive season, but also election season, though some would say silly season.

“I have one of the most successful Starbucks, in Trump Tower. Maybe we should boycott Starbucks? I don’t know. Seriously, I don’t care. That’s the end of that lease, but who cares?” Trump reported told a crowd in Springfield, Illinois, recently.

Then, there are some Christian leaders who have long held the belief that secular businesses are waging a “War on Christmas” and have prevented customers and employees from sharing Christmas greetings.

Moreover, they have charged that there is an attempt by some people to remove Christ from Christmas and tagged it Xmas instead.

The fact is over the years there has been Christmas-related outrage of one sort or the other — there is nothing new.

The bottom line, however, in all of this, Christmas is a powerful medium that people everywhere are using to convey not only their message, but also to sell their service to a modern and sophisticated audience.

Christmas is here to stay; it will not go away anytime soon!