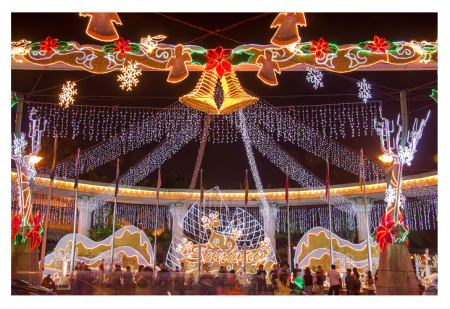 For the Christians around the world, Christmas celebrates the birth of Jesus Christ, who, according to the Christian Bible, was the spirit of God made flesh through parthenogenesis, virgin birth. But there have been more than a few who taken the holiday to heart and have created controversy when the facts don’t really support it. Here are a few examples.

Christmas is not Christian – The origins of Christmas date back to before the time of Christ and were based on the changing of the seasons. The winter solstice happened around December 25th and that was the indication to many that the season was half over. During the winter, the animals were penned, no crops were grown and people mostly stayed indoors; to know that the lull was half over called for celebration. During that time the Romans celebrated Saturnalia, a festival worshiping the god, Saturn. Because the Roman Church was not able to get rid of the Pagan holiday festival, they adopted the date as a Christian holiday in the 4th century; it was known as the Feast of the Nativity, in honor of the Christ’s birth even though Christ’s real birth is not known.

Merry Christmas or Happy Holidays? – The term “Merry Christmas” was said to make its first appearance in the Hereford Municipal Manuscript during the late 1500s with the phrase, “And thus I comytt you to god, who send you a mery Christmas & many.” The phrase didn’t become popular until the 19th century primarily in England, the United States, Canada and Ireland. The phrase also appeared in Charles Dickens’ “A Christmas Carol” written in 1843. The term “Happy Holidays” became popular around the same time to encompass the holidays during the season, Thanksgiving, Christmas, Boxing Day, New Year’s, and Hanukkah. The controversy is mostly regarding the Christian belief about properly acknowledging Christmas. Some people avoid the trouble by just saying “Season’s Greetings.”

Taking the “Christ’ out of Christmas – Some people write Merry Xmas as a shortened version of Merry Christmas. The controversy is that it’s thought that the replacement of X for the “Christ” is an affront to Christianity because it’s believed that you are taking Christ out of the holiday. But what would it mean if X really an abbreviation? The truth is that X is the Greek letter “chi” and is the first letter in the word Χριστός, which means “Christ.” It’s also not a new term as it first appears in the 1500’s.

However, you choose to celebrate Christmas, or Xmas, make sure it’s in the spirit of good will and peace. Surely, there’s no controversy in that.