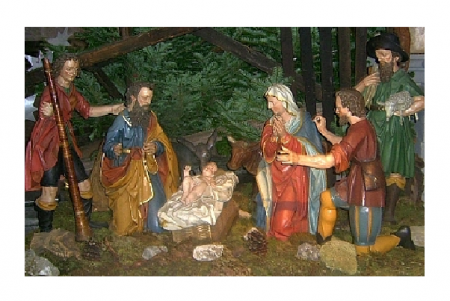 Roman pagans were the first to introduce the Saturnalia holiday. This was a weeklong period of pure madness (lawlessness) that is celebrated from December 17th to December 25th.

During this period, all Roman courts were shut down and Roman law dictated that no one was liable to punishment if they injured people or caused damaged to property during the weeklong celebration.

The Saturnalia festivities started after Roman authorities selected an enemy of the Roman people who represented Lord Misrule. Every Roam community was mandated by law to choose a victim that was forced into eating food and be party of other physical pleasures all through the week.

During the end of the festivities, December 25th, Roman authorities held the belief that they were doing their duty of destroying the evil forces of darkness by finally killing the chosen innocent man or woman. During the 4th century CE, Christianity imported the Saturnalia festival hoping to take the pagan masses in with it.

Over time, Christian leaders were successful in their endeavors of converting into Christianity a bigger number of pagans through the promise that they would still proceed with their Saturnalia celebrations, however as Christians.

However, when festival time came, there was nothing intrinsically Christian about Saturnalia. To cure this problem, Christian’s leaders of the day went ahead and named Saturnalia’s ending day as the day when Jesus Christ was born.

The earliest form of Christmas holidays were celebrated through drinking, singing naked in the street, sex indulgence and spirited brawls. However, due to its known pagan origin, Christmas was later banned by Puritans and was deemed illegal in the state of Massachusetts between the years 1659 and 1681.

The ban didn’t deter Christmas as many Christians continued to celebrate Christmas.

As much as early Christian leaders did their best to recruit Roman pagans through Christian, Saturnalia association, Asheira cult worshippers and its offshoots were recruited thanks to the Christians’ church sanctioning Christmas trees.
Pagans traditionally worshipped trees in the forest and at times brought the trees into their homes for decorations. This tradition was picked up by Christians and is still observed to date.

According to the Norse mythology, the god Baldr was killed by his brother, the blind god Hoder by way of a mistletoe arrow; the two were fighting over a female known as Nanna. Druid rituals, on the other hand, used mistletoe for poisoning their human sacrifice victim.
Christians observe the custom of kissing under the mistletoe which in sense is a later synthesis of the sexual license of Saturnalia with the Druidic sacrificial cult.

During the era of Pre-Christian Rome, emperors ruled that their most hated citizens should bring to them offerings and gifts during the Saturnalia (in December) and Kalends (in January). With time, the activity grew and now gifts were being given out among the general public.
The first Church (Catholic) gave the gifting custom a Christian flavor and rerouted it through the gift-giving of Saint Nicholas.

St. Nicholas is a man accredited for doing many things for the church of that day. In 325 CE, Nicholas was among the people that created the New Testament. Many centuries after his death, in 1087, a group of sailors that were crazed about Nicholas moved his bones from Turkey and took it to a sanctuary located in Bari, Italy.
Then Nicholas went further and supplanted female boon charge with giving deity called the Grandmother whose work was to fill up children’s stocking with her gifts.