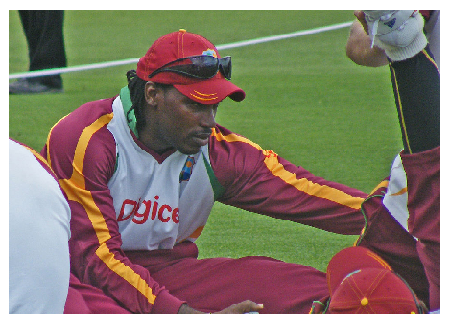 Christopher Henry “Chris” Gayle, the 37-year-old Jamaica and Windies opening batsman has managed to stay under the radar for the past few weeks but has now resurfaced.

He is back in the nets getting ready to join the Bangladesh Premier League next week, according to a press report.

Gayle, the talismanic batsman is one of only four players who has scored two triple centuries at Test level: 317 against South Africa in 2005, and 333 against Sri Lanka in 2010.

Playing for Royal Challengers Bangalore, he scored a 30-ball century, that became the highest individual T20 score (175 not out).

Today, he is one of the most sought after T20 cricketers in the world.

Gayle was out on Saturday at Sabina Park in a net session for the first time since the Caribbean Premier League.

When asked about his long absence from the game, Gayle proffered:

“I actually get some time now to play some cricket and that’s where I want to be at the end of the day, in the middle and to entertain the people as much as possible. I’m injury free and very thankful for that.”

He also noted that he has been doing a lot of traveling and there will always body fatigue but he intends to take care of himself and remain in the game as long as possible.

When pressed on his views regarding the off-field problems besetting West Indies cricket, Gayle pleaded the fifth on the subject matter.

“I’m not going to prolong that issue. That’s out of my league and that not my focus right now,” said the big opener.