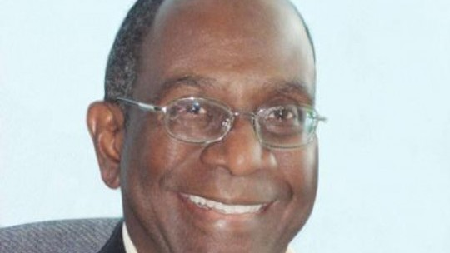 Jamaican renowned scholar and theologian, the Reverend Clinton Chisholm, in an article in the press noted that “it would be difficult to advance a case from the New Testament justifying any sexual practice other than marital, consensual, heterosexual intercourse.”

He noted that the Biblical position on sexual purity is not only unbridled and clear but also assumes the highest standard.

He cited Matthew 5:27-28 to make the point that it is not only the physical act of unlawful sex that is sinful but lusting as well.

He stated that Jesus premised his standard on the basis that the desire precedes deed.

Moreover, he attempted to make the distinction between lust and admiration and pointed to the fact that one cannot boast that he or she has never committed adultery without asking oneself the lust question — have I or have I not?

He said that there is a difference between mere admiration and lust as in the admiration phase God gets the glory for creating that woman/man fearfully and wonderfully and as an end in herself/himself.

On the other hand, lusting is tampering with God’s creation in one’s mind and that sister/lady/brother/man becomes a means to one’s sexual ends.

He further argued that God created sex and the sex organs and backs his creation by granting the desire for sexual intercourse.

Chisholm posited that moving forward into the 21st century the Church will be challenged by secular standards and beliefs where sexual intercourse outside of marriage becomes the accepted norm.

“But more than that, because some of the critics of the Church’s stance on things sexual are from the Church itself, I believe the Church will have to counsel, teach and train its members to practice what the Church preaches concerning sexual purity.  Our belief must constrain our behavior because God has called us unto holiness including sexual holiness,” Chisholm noted.

Furthermore, he pointed to some issues that those in the Church who struggle with the challenge of sexual purity should not only be aware of but also keep in mind.

Professing Christ and losing the battle repeatedly with sexual temptations sends the wrong message not only to onlookers but will promote self-doubt and cause one to think it’s an impossible feat.

He also warned that men in general and particularly those who claim the Christian faith should heed the biblical injunction in 1 Peter 3:7 and Ephesians 5:28-29 of giving honor to one’s wife and loving one’s wife as Christ loved the Church.