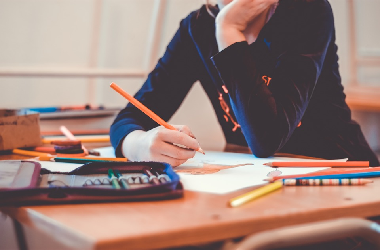 The Trump administration is seriously contemplating canceling the visas of some Chinese graduate students and researchers.

This new move comes against the background of the vexed issue of the COVID-19 pandemic, which Washington has blamed primarily on China.

In past remarks, President Trump has accused China of hiding the outbreak first detected in Wuhan City.

Any visa revocation of Chinese students, however, is bound to receive push backs from U.S. universities and scientific organizations as many of them rely heavily on tuition fees paid by Chinese students to offset other costs.

According to the Institute of International Education, the U.S. hosted 133,396 graduate students from China in the 2018-19 academic year.

This represented 36.1 percent of all international graduate students.

Overall, there were 369,548 students from China, accounting for 33.7 percent of international students who contributed nearly $15bn to the U.S. economy in 2018.