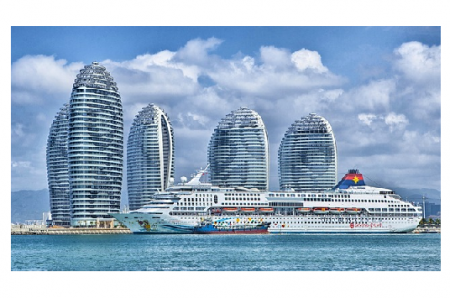 According to BusinessWeek.com, China’s wealthy elite is fleeing the country for a better quality of life—better education, better air, and greater personal security. China’s Ministry of Public Security has just added a further potential reason: fleeing the police.

“The U.S. has become the top destination for Chinese [economic] fugitives,” Liao Jinrong, a ministry official told state-run China Daily on Monday. According to the English-language newspaper, “More than 150 economic fugitives from China, most of whom are corrupt officials or face allegations of corruption, remain at large in the United States.”

While this is a rather incredible admission, the intent of the article—no doubt placed by China’s propaganda authorities—seems to be to make the case for an extradition treaty between the U.S. and China. “We face practical difficulties in getting fugitives who fled to the US back to face trial due to the lack of an extradition treaty and the complex and lengthy legal procedures,” Liao told the paper.

STORY: How to Prevent the Next Ferguson

According to the Hurun Research Institute, which specializes in reports on wealth and luxury in China, fully 64 percent of China’s high-net worth individuals—those with assets exceeding 10 million yuan ($1.6 million)—are contemplating emigration or are already in the process of emigrating. Their top desired destinations: the U.S., Europe, Canada, and Australia.

Hurun also polled wealthy Chinese emigrants about their reasons for leaving the mainland. The most frequent responses were education (21 percent), pollution (20 percent), food safety (19 percent), social welfare (15 percent), health care (11 percent), wealth security (8 percent), and childbirth/obtaining foreign citizenship for their children (4 percent). To be sure, if “fleeing President Xi Jinping’s corruption crackdown” had been offered as a multiple-choice answer, it’s unlikely that any “economic fugitives” would have answered forthrightly.