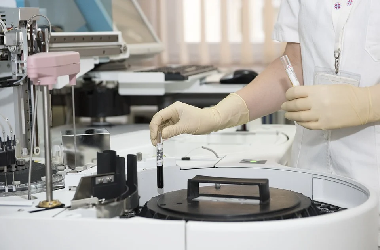 New data published by the Centers for Disease Control and Prevention (CDC) show that reported annual cases of sexually transmitted diseases (STDs) in the United States continued to climb in 2019, reaching an all-time high for the sixth consecutive year.

“Less than 20 years ago, gonorrhea rates in the U.S. were at historic lows, syphilis was close to elimination, and advances in chlamydia diagnostics made it easier to detect infections,” said Raul Romaguera, DMD, MPH, acting director for CDC’s Division of STD Prevention.

He added, “That progress has since unraveled, and our STD defenses are down. We must prioritize and focus our efforts to regain this lost ground and control the spread of STDs.”

STDs can have serious health consequences. People with these infections do not always experience disease symptoms, however, if left untreated, some can increase the risk of HIV infection or can cause chronic pelvic pain, pelvic inflammatory disease, infertility, severe pregnancy and newborn complications, and infant death.

The CDC’s 2019 data provide the most recent full picture of STD trends in the United States before the COVID-19 pandemic.

Preliminary 2020 data suggest that many of these concerning trends continued in 2020, when much of the country experienced major disruptions to STD testing and treatment services due to the COVID-19 pandemic.

The report noted that the burden of STDs increased overall and across many groups in 2019. It stated that the disease continued to hit racial and ethnic minority groups, gay and bisexual men, and youth the hardest.

It noted the breakdown accordingly:

“To effectively reduce these disparities, the social, cultural, and economic conditions that make it more difficult for some populations to stay healthy must be addressed. These include poverty, unstable housing, drug use, lack of medical insurance or regular medical provider, and high burden of STDs in some communities,” he added.