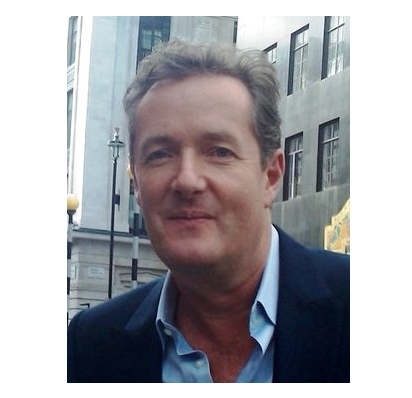 Piers Morgan, the not so Larry Kingish CNN’s presenter, came, saw, but unfortunately never conquered the time slot vacated over three years ago by the veteran broadcaster, Larry King.

It was indeed a difficult time slot to fill and replacing Larry King was always going to be an uphill task for anyone, let alone a man with a British accent.

The show was marked by low ratings and Pier’s reported involvement in the British phone hacking scandal did not help. He also received a lot of flack from the National Rifle Association supporters for speaking out against violence in America and his strong support of gun control.

Although certainly not lacking the pedigree or experience, the controversial British journalist just could not make the 9 p.m. primetime hour his own.

The fact is, in a media landscape where the bottom line is high ratings or perish, one could easily see the plug being pulled on the “Piers Morgan Live,” show.

The show, although garnering support of up to 2.1 million U.S. viewers in its heady days at debut, petered out to a low of just over 120,000 by the time it took its last breath on March 28, 2014 with journalist signing off as follows:

“This is the final episode of Piers Morgan Live. After 3yrs, 2months, 11 days and over 1000 shows, I am departing to spend more time with my cricket bat. I would like to thank my amazing team, led with great skill and tireless enthusiasm by my friend and Executive Producer, Jonathan Wald. And John Ferriter, my irrepressible manager, who landed me this fascinating, unpredictable, challenging but hugely enjoyable job. We won some, we lost some, but we gave it everything we had, and I have loved every minute. Well, almost every minute!

I’d also like to thank you all for watching. Even those who implacably disagreed with me, or just found my funny accent annoying. Regular viewers will know that the issue of gun control has been a consistent and often very controversial part of this show.

And I want to say something more about that before I bow out.

I have lived and worked in America for much of the past decade, and it is a magnificent country. A land of true opportunity that affords anyone, even British chancers like me, the opportunity to live the American dream. The vast majority of Americans I have met are decent, hard-working, thoroughly dependable people. As my brother, a British Army colonel, says, “You’d always want an American next to you in a trench when the going gets tough.”

But that’s where guns belong – on a military battlefield, in the hands of highly trained men and women fighting for democracy and freedom. Not in the hands of civilians. The scourge of gun violence is a disease that now infects every aspect of American life.

Each day, on average, 35 people in this country are murdered with guns, another 50 kill themselves with guns, and 200 more are shot but survive. That’s 100,000 people a year hit by gunfire in America.

Now, I assumed that after 70 people were shot in a movie theater, and then, just a few months later, 20 first-graders were murdered with an assault rifle in an elementary school, the absurd gun laws in this country would change. But nothing has happened. The gun lobby in America, led by the NRA, has bullied this nation’s politicians into cowardly, supine silence. Even when 20 young children are blown away in their classrooms.

This is a shameful situation that has made me very angry. So angry, in fact, that some people have criticized me for being too loud, opinionated, even rude when I have debated the issue of guns. But I make no apologies for that.

As Sir Winston Churchill said: ‘If you have an important point to make, don’t try to be subtle or clever. Use a pile driver. Hit the point once. Then come back and hit it again. Then hit it a third time – a tremendous whack.’

My point is simple: more guns doesn’t mean less crime as the NRA repeatedly says. It means more gun violence, death and profits for the gun manufacturers. And to those who claim my gun control campaigning has been “anti-American”, the reverse is true. I am so pro-American that I want more of you to stay alive.

But I’ve made my point. I’ve given it a tremendous whack. Now it’s down to you. It’s your country; these are your gun laws. And the senseless slaughter will only end when enough Americans stand together and cry: Enough!

God’s speed and farewell my friend!