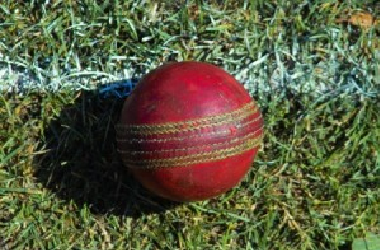 The Barbados and West Indies all-rounder will be part of the BBC TV and Test Match Special commentary teams for the Test series in England.

Brathwaite wrote himself not only in West Indies history books but also in the minds of members of the cricketing public by hoisting four successive sixes to finish off England in the last over of the 2016 World T20 final.

Now, Mr. “Big Six” in his new position will be telling cricket fans what the Windies can do in the three-match Test Series set to get underway on July 8.

In part, his first installment, referred to Shamarh Shaqad Joshua Brooks as the breakout star of the series — a bold prediction, albeit an insightful one.

Shamarh Brooks has been around Windies cricket setup for a long time, and many pundits will tell you that the 31-year-old Barbadian has not lived up to expectations to date.

However, he failed to shine at the First-Class Level and was dropped from his national team, and subsequently went into hibernation in 2012.

However, he returned with a bang in 2015 and has not looked back since.

He scored his maiden first-class century on his return against the Windward Islands, and over the next five years, puts a total of 3091 runs on the board at an average of 38.63, including five centuries and 20 half-centuries.

He made his Test debut for the West Indies against India on August 22, 2019, and scored his first Test century against Afghanistan in the same year.

Although not performing up to par in the recent domestic competition, Brooks was selected to the Windies squad currently on tour in England.

Brathwaite argued that “West Indies have not had a consistent opening partnership for several years, but Brooks is the perfect batsman to come in at number three.”

He added, “If they have a bad start Brooks is very dependable – he can soak up the pressure and transfer that pressure once the ball gets older and the spinners come on.”

“Dravid made a note of him and said he was destined for big things.”

So, the question is, will Brooks be Windies’ “next big thing” or should we look for another?

We wait with bated breath!