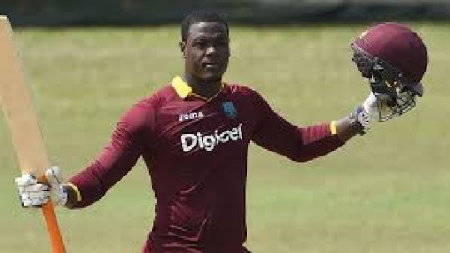 Leadership is diving for a loose ball, getting the crowd involved, getting other players involved. It’s being able to take it as well as dish it out. That’s the only way you’re going to get respect from the players.

Carlos Ricardo Brathwaite, the 28-year-old West Indies, and Barbados cricketer has been called to a higher duty — that of serving in the capacity of captain of the West Indies T20 team.

Brathwaite affectionately called Ricky’s new role has come about following the sacking of World T20 winning captain Darren Sammy — a changing of the guard as West Indies look to the future.

Brathwaite made his Twenty20 International (T20I) debut for the West Indies against Bangladesh on 11 October 2011 and has not looked back since.

He later made his One Day International debut in the same year playing against Bangladesh.

He announced his readiness in a ”look at me, no one can stop this” performance during the West Indies tour of Sri Lanka in 2015.

He scored 113 from 58 balls against Sri Lanka Board President’s XI and shared a 193-run partnership for the eighth wicket with Andre Russell at Colts Cricket Club Ground, Colombo, to help his side recover from 7 for 109 to 318 in a 50-over game. He made his Test debut for the West Indies in the Second Test against Australia at the Melbourne Cricket Ground on 26 December 2015.

Brathwaite’s most memorable performance, however, came in the final of the 2016 ICC World Twenty20 against England. West Indies needing 19 runs to win in the last over, Brathwaite stood like a gladiator, a warrior, the man of the hour when he tore into the final over and scored four consecutive sixes off the first four balls to enable the West Indies to win their second ICC World Twenty20 title.

It was his debut World Cup and he became the first player for the West Indies to score four consecutive sixes in a T20I match. In April 2016, Brathwaite made his Indian Premier League debut with franchise Delhi Daredevils.

Now, with only eight T20 games behind his name, many pundits and cricket fans have questioned the wisdom of placing the captain’s crown on the young man’s head at such an early stage in his career. The fact, however, is Brathwaite is no novice to the game. He has spent most of his life playing domestic cricket and also spent a number of years playing cricket in Ireland.

That said, cricket enthusiasts will get a chance to see whether or not Brathwaite demonstrates leadership skills when the West Indies takes on India in the two T20 matches scheduled for Florida on August 27 and 28.