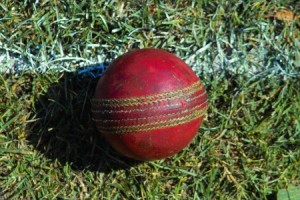 Nikita O’Brien Miller, the 36-year-old Jamaica and Windies cricketer, has thrown in the towel and will no longer lead Jamaica’s cricket team.

The slow left-arm orthodox spin bowler and lower-order batsman announced that he would not captain the Jamaica Scorpions in the upcoming regional four-day tournament.

Speaking on Jamaica’s local radio station Hitz 92 FM’s sports program, Miller told the host that he would not be able to commit to the team full time and would play the role of a mentor to a younger captain whom he would like to see leading Jamaica to future success.

Miller has been a stellar performer since honing skills at an early age at St. Elizabeth Technical High School.

Since then Miller could be declared the owner of regional cricket in the spin bowling department.

As of June 2013, he boasts the lowest First-Class bowling average (15.51) of any active player in world cricket.

That said, many pundits and fans believe that Windies selectors never gave Miller a fair shake.

His impressive and staggering returns in the wicket column at the regional level meant very little to the selectors as he was overlooked time and again in the pecking order.

At the same time, spin bowlers possessing inferior First-Class averages such as Devendra Bishoo (FC Ave: 29.77), Sulieman Benn (27.58) and Veerasammy Permaul (24.36) were given more opportunities to play at the highest level.

Miller has taken 27  “five–for” at the First-Class level as well as seven 10 wickets haul in matches at the regional level.

Moreover, he has helped Jamaica to win many matches through his bowling effort.

Although not winning a trophy in five regional tournaments, Scorpions head coach Robert Samuels posited the view that Miller’s contribution as a captain was tremendous.

Samuels also stated that he and the Chairman of Selectors Junior Bennett will appoint a captain in due course, but batsman Paul Palmer Junior could get the nod due to his previous experience.