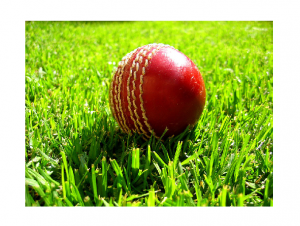 The West Indies cricket team has a rich tradition in fast bowling, including the fearsome four-prong pace attacks of the 1970’s and 80’s. These attacks were known for driving fear into opposition batsmen, which on most occasions led to their demise and famous victories for the West Indies team.

In this golden area of fast bowling in the Caribbean, fast bowlers were in constant supply, and some outstanding bowlers played little or no test cricket due to this. However, since the 1990s, there has been a steady decline in the fast bowling stock — since 1990, there has not been a West Indian fast bowler that can be classified as great, the last two great fast bowlers were Curtly Ambrose and Courtney Walsh who both started playing in the 1980’s.

There have been a few promising talents, but none have gone on to dominate at the international level, in the current West Indies set-up there are a few fast bowlers that can generate mind-boggling speeds, none more so than Shannon Gabriel.

He has been one of the fastest bowlers in the world over the last two years and has bowled some outstanding spells for the West Indies team, during this time. He has however not been the dominant bowler on a consistent basis that his natural talent suggests.

Gabriel is a powerfully built bowler who generates tremendous pace and venom, reminiscent of the great West Indian pace bowlers. He consistently bowls over 145kph and has achieved success by having batsmen undone or surprised by the extra pace he produces when banging in the ball from a good length. This was evident in the famous victory that the West Indies had against England in 2017 and the ongoing test series against Sri Lanka, when he is bowling at his best, batsmen misjudge his pace and gets into trouble, sometimes resulting in them nicking off to the wicketkeeper or slips.

The ball that he bowled to Kusal Mendis to dismiss him in the second innings of the first test was as good as any you will see from a fast bowler- the ball got on to Mendis so quickly that he could literally do nothing about it and the shot that he played was merely for self-preservation. The only bowlers that have bowled quicker than Gabriel since 2017 are the Australian duo of Mitchell Starc and Pat Cummings, and he has averaged a fair 28.34 over the said period.

Despite Gabriel’s apparent pace and ability to drive fear in some of the best batsmen in the world, he has not consistently dominated batsmen as one would expect. Probably the main reason for this is that Gabriel is hugely dependent on raw pace to get wickets and does not generate a lot of sideways movement or swing.

According to Criviz.com, Gabriel has moved the ball the least of all test bowlers since 2017; this has made him into a one-dimensional bowler that is threatening with pace but very predictable with his deliveries. For Gabriel to move away from just been a hostile fast bowler into a clinical and smart bowler, he needs to learn to move the ball off the seam or to generate swing, if he learns these subtle skills, he will develop into one of the preeminent fast bowlers of today.

He seems to be extremely fit at the moment and can achieve great things for the West Indies team for the next five years or so; we will be watching to see if he will add another dimension to his bowling.