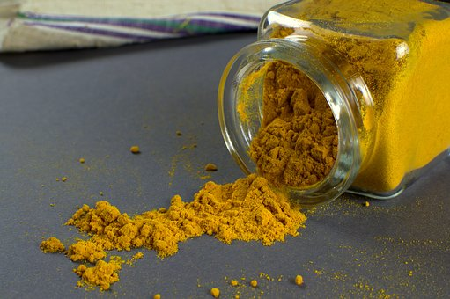 The back comprises interconnecting nerves, bones, muscles, ligaments, and tendons, all of which can be a source of pain.

Back pain is the second most common type of pain in adults (the most common being headaches).

In the U.S., it is reported that over 59 million people have reported recent episodes of back pain, and about 80% of all people will have back pain at some time or the other.

By far, the most common cause of back pain is muscle strain.

The back muscles can usually heal themselves within a couple of weeks, but the pain can be intense and debilitating.

Other common sources of back pain include disc problems, such as degenerative disc disease or a lumbar disc herniation, many types of fractures such as spondylolisthesis or an osteoporotic fracture, osteoarthritis, or weight gain.

Today, people have resorted to different means of nipping the pain in the back and this includes the use of Turmeric — a rhizomatous herbaceous perennial flowering plant of the ginger family, Zingiberaceae.

Turmeric is touted as an excellent natural alternative medicine for the treatment of back pain and inflammation.

Several studies have found that turmeric appears to have a powerful ability to reduce inflammation in the body. This anti-inflammatory action is thought to be due to an active ingredient in the spice called curcumin which blocks inflammatory pathways that trigger swelling and pain.

This compound is thought to work by inhibiting several different molecules that play a role in inflammation in the body.

Turmeric is also a powerful antioxidant that helps protects the body’s cells against damage from harmful free radicals.

It is used as a spice in cooking, however, the all-important curcumin content in the powder is said to be normally considerably less than that of Turmeric in supplement form.

Its use is also gaining popularity as a dietary supplement for inflammation; arthritis; stomach, skin, liver, and gallbladder problems; cancer; and other conditions.

According to the National Center for Complementary and Integrative Health (NCCIH), preliminary studies have found that curcuminoids may:

Reduce the number of heart attacks bypass patients had after surgery

Control knee pain from osteoarthritis as well as ibuprofen

Reduce the skin irritation that often occurs after radiation treatments for breast cancer.

NCCIH also noted that other preliminary studies in people have looked at curcumin, a type of curcuminoid, for different cancers, colitis, diabetes, surgical pain, and as an ingredient in mouthwash for reducing plaque.

The National Center for Complementary and Integrative Health (NCCIH) has studied curcumin for Alzheimer’s disease, rheumatoid arthritis, and prostate and colon cancer.

So turmeric, whilst not a cure for back pain, extensive research and evidence suggest that it is highly beneficial for helping to aid in people’s suffering.