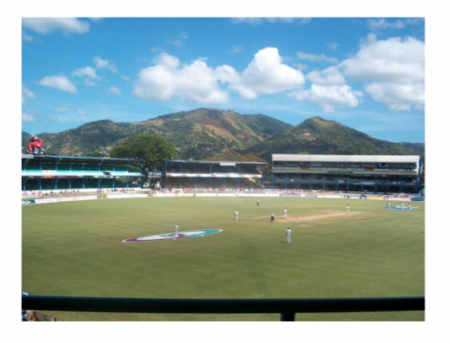 West Indies is set to move one step closer to the final of the Celkon Mobile Tri-Nation one-day international series when they take on India at Port of Spain, Trinidadad and Tobago, on Friday, July 5.

Coming from a celebrated victory over India after their first clash at Sabina Park, Kingston, Jamaica, last week, West Indies will again look to Chris Gayle to play a pivotal role in toppling the World Cup and Champions Trophy holders India.

At the same time, West Indies will also be relying on their mystery off-spinner Sunil Narine, pace bowlers Kemar Roach, and Tino Best to ambush the Indian batters.

India, although taking a walloping from Sri Lanka in their last match encounter, the No.1 ranked ODI side will be no push over as the team boasts a mixture of youth and experience and should prove a handful for the West Indies.

Their experienced fast-bowler Ishant Sharma is a match winner and if he gets going with his pace and swing it could be a torrid time for West Indies Batters.

They will also have at their disposal the impressive up-start left-arm spinner Ravindra Jadeja as well as off-spinner Ravi Ashwin.

Although they will miss captain Mahendra Sing Dhoni, one of their top batsmen, they still boast a lineup of excellent batsmen in Demish Karthik, Shikhar Dhawan, and Rohit Sharma who could all make life difficult for the West Indies bowlers.

Smarting from their recent defeat against Sri Lanka, the stand in captain, Virat Kholi said, “We  have to analyze what we did wrong. We have two more games to go.” “This is going to hurt the guys a little bit” he added.

In the meantime, savoring their victory, Kieron Pollard who stood-in as captain for the injured Dwayne Bravo had this to say, “We are West Indies cricketers. We attack. If we get into our shell, we get out. That’s how we play cricket and it has worked for us. At the end of the day you have to back yourself. We have to be happy for our victories….”

The game on Friday will be the first in the second of leg of the series, and is scheduled to start at 9:30 a.m.