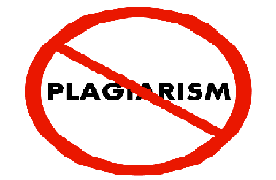 Hide a thing in plain sight, point in the opposite direction and watch as the obvious is overlooked or rejected as a possibility. Here is an uncontested fact:  Mrs. Trump delivered a Convention speech that was plagiarized. That’s the what. Now for the “Why did the chicken cross the road, with enough squawking to raise more than an eyebrow?”

Take the view that it was an error not caught by the speech writers or the editing staff, and we come away with an oversight that leaves us sympathetic to Mrs. Trump and concerned that Mr. Trump’s campaign can benefit from some needed advice and help. It is inexcusable that Mrs. Trump is needlessly embarrassed on her formal introduction to America.

Simultaneously it brings up the issue of whether this successful, hard-charging billionaire who yields to no one and prepares himself well to close the deal, is in this lifelong quest for the ultimate prize for validation and accomplishment, was simply careless or blindsided in allowing his wife’s big night to be upstaged by plagiarism charges. A simple conclusion that if Mr. Trump cannot catch and fix simple problems then he does not deserve to be president, is immaterial to the voters to whom he can do no wrong or right. So there is no loss, from this error.

Take the view that it’s not quite plagiarism as words can be inadvertently coined and Mrs. Trump sin was one of not attributing acknowledgement to Mrs. Obama. So it’s no big deal. In fact, we could be generous and say both ladies feel strongly about America and used the same words to express their heartfelt sentiments. A curious coincidence, nonetheless.

Take the view that it was deliberate. Pardon the double pun, for plagiarism, is the deliberate lifting of unattributed speech and a calculated risk. To appreciate the risk you have to consider the returns and the fallout. The returns are that the Trump Campaign commands the News, as literally the whole world stop and stare. Free publicity and an incredulity that hijacks every water cooler and social media sites.

The calculations are that we will note the curious, perhaps with an arched brow, but not be so concerned with its intended purpose. By large measure the Democrats are baffled and laughing, thinking this is amateur hour at Team Trump. The Independents are concerned too, but mostly trying to understand how the error can be explained, and the Republicans, except for those who were and still are going to hold their nose and vote, are not in the least perturbed by the ‘non tissue’.

So what is this about if it won’t change anything in terms of the decided voters? The issue here is not plagiarism, per se. That is a decided matter.

A better way to understand this is to ask, “Why was the plagiarism strategy unleashed, and not stealthily, even?”  Because it is a winning strategy. It guarantees that the news would be on Trump, about Trump and if anybody called the Trump’s campaign about it, they would then have the ammunition ready: How could you be so heartless to think we could be so heartless or ruthless? In any event, baffled, sympathetic or excused as an unintentional error, the bottom line is that the dish ran away with the spoon, in terms of hijacking and redirecting the news, which is exactly what the intended purpose was for. This, with or without alarm bells ringing, tells us how Mr. Trump thinks and what is important to him.

This is seduction, perhaps the genius of a certain shade at work. In any interaction or engagement where the outcome needs to be decided, it is important, no imperative, to know how your friend or adversary thinks. Underestimating him will guarantee that you are unpleasantly surprised. Now , for or against Mr. Trump, go ahead and think of the implications for our country with a brilliant strategist, or perhaps clever by half, as Mr. President.

Never assume a person’s actions are divorced from their attitude. On the contrary, actions reveal attitude.