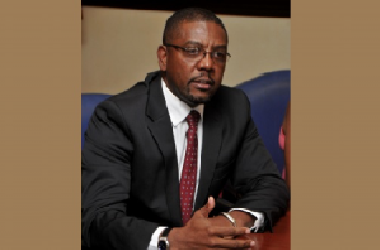 Renowned Attorney at Law Tony Astaphan is hopping mad that his client Dave Cameron is yet to see a copy of an audit report, commissioned by CWI’s President Ricky Scarlett.

The report handed to the board in December last year has found its way into the public’s domain. It called out the former president on several issues, including an honorarium, monies sent by the Indian board reportedly for past players and sponsorship money intended for the Dominican Board, which found its way directly to Cricket West Indies.

Astaphan said it is unfair for his client’s credibility to be called into question via the media without him even having an opportunity to see the report and defend himself.

He said the board has continued to resist Cameron’s request for a copy of the report, claiming the document is private, albeit it is widely circulated in the press.

Speaking on a radio program, Astaphan said, “We are filing an application in the high court asking for the document to be disclosed.”

He said the report findings should be reviewed by all parties concerned and not only a few people.

He further noted that the document should not have been leaked, and justice demands that Cameron be allowed to review the document’s findings.

He questioned the credibility of the report and argued that Cameron’s reputation had been harmed, and he has many options.

He further said it is imperative to see the report to decide on actions going forward.

On another note, Astaphan said progress is still being made, albeit painfully slow in the Cortney Brown and Eldine Baptiste case against Cricket West Indies (CWI).

The two former Windies’ employees, he posited, were dealt a hard blow when their contracts were terminated on what they described as a false premise.

“You don’t have to damage people’s reputation to make a point,” he stated.

Finally, he declared that he sees no reason for CWI not giving Cameron their support in his bid for the chairman of the ICC.

He pointed to Cameron’s vision for cricket changes as one that would address the development, financial, and economic inequalities among the cricket-playing nations.