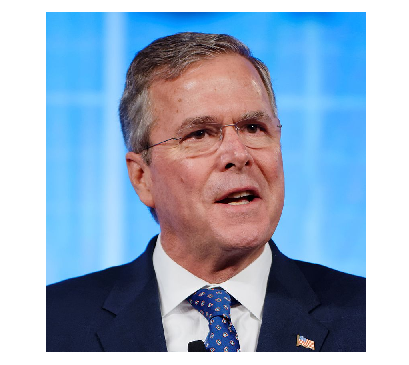 Supports legislation to ban abortion after 20 weeks and makes exceptions for the life of the mother, rape, or incest.

Jeb Bush continues to struggle to command any level of presence so far in the 2016 Republican presidential nomination campaign.

In a self-critique, Bush declared that he needs to find a way to “break through the clutter of all the punditry class.”

The malfunction of his campaign has recently forced him to cut salaries for his staff and his performance in the last Republican debate did nothing to boost his image.

“I know that I got to get better at doing the debate. I’m a grinder,” Bush told NBC News’ program “Meet the Press.”

Bush, the 62-year-old two-term former Florida governor and the son and brother of former U.S. presidents has argued that he is in the campaign for the long haul and he is prepared to reset his campaign.

“We’ve got to get to the second half of the game here, man,” Bush told NBC’s Chuck Todd.

“We’re in the second quarter. I mean, this time eight years ago, Hillary Clinton was 25 points ahead of Barack Obama. I don’t remember people saying, ‘Obama, you’ve got to get out of the race,’ ” he added.

When asked whether he supported the death penalty, Bush said he was “conflicted” about it.

“It’s hard for me, as a human being, to sign the death warrant, to be honest with you,” he said. “I’m informed by my faith in many things, and this is one of them.”

He further said he doesn’t believe the death penalty is a deterrent to crime because it’s carried out so rarely and it has become costly. At the same time, he said he had become “more comfortable with it” after meeting with the families of murder victims.

In the interview, Bush extolled his leadership skills, ability to fix “really big, complex things” in the U.S., and a uniter.