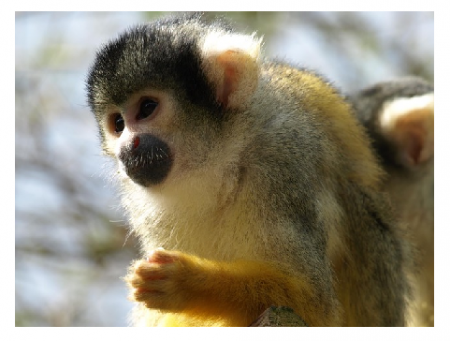 When I go brrp! Monkey go brrp! too
(Don’t know what to say de monkey won’t do) There is good reason for not referring to a monkey as man’s best friend and the cry, get that monkey off my back is apt in the lyrics above.

Now, the topic capturing the media headlines is whether British photographer, David Slater, has copyright to a selfie taken by a monkey which the Wikimedia Foundation has posted online in its collection of public domain images, or not.

David Slater claimed Wikipedia had repeatedly refused to remove the image from its site on the basis that he did not own the copyright to it as he did not take the photo.

Slater, reportedly, told the Telegraph, “That trip cost me about £2,000 for that monkey shot. Not to mention the £5,000 of equipment I carried, the insurance, the computer stuff I used to process the images. Photography is an expensive profession that’s being encroached upon. They’re taking our livelihoods away.”

“For every 10,000 images I take, one makes money that keeps me going. And that was one of those images. It was like a year of work, really,” he added.

In another report, he told the BBC, “I set the camera up on a tripod, framed [the shot] up and got the exposure right… and all you’ve got to do is give the monkey the button to press and lo and behold you got the picture.”

Wikimedia for its part explains on its page, “This file is in the public domain, because as the work of a non-human animal, it has no human author in whom copyright is vested.”

In light of the hullabaloo, the U.S. Copyright Office’s (USCO) has reinforced its guidelines in the aftermath of the monkey-selfie ownership debate, stating that an animal, ghost, or divine being cannot hold copyright over a picture.

“The office will not register works produced by nature, animals or plants,” it said in a statement.

“Likewise, the office cannot register a work purportedly created by divine or supernatural beings, although the office may register a work where the application or the deposit copy states that the work was inspired by a divine spirit.”

The law may be said to be an ass, but not monkey business. Therefore, Mr. Slater’s interest may best be served asking for a donation from those who use the picture.