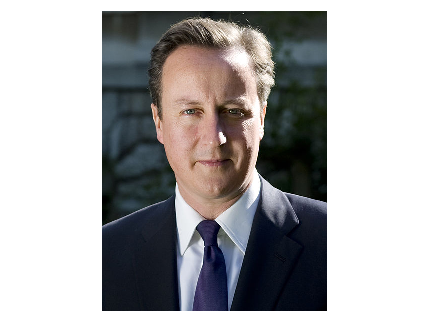 Britain’s Prime Minister David Cameron opened a can of worms when he declared in an article, “I believe we should be more confident about our status as a Christian country, more ambitious about expanding the role of faith-based organizations, and frankly, more evangelical about a faith that compels us to get out there and make a difference to people’s lives.”

“Being more confident about our status as a Christian country does not somehow involve doing down other faiths or passing judgment on those with no faith at all,” he further stated.

His utterance, however, did not sit well with some members of the British public and it prompted protest in the form of a four-paragraph letter to the press, signed by 56 prominent people, from various sectors of the society.

The letter accused Mr. Cameron of misrepresenting the British people. “Apart from the narrow constitutional sense that we continue to have an established church, Britain is not a ‘Christian country,’ the letter said.

“Repeated surveys, polls, and studies show that most of us as individuals are not Christian in our beliefs or our religious identities. At a social level, Britain has been shaped for the better by many pre-Christian, non-Christian and post-Christian forces.”

The letter further noted that Mr. Cameron’s article “needlessly fuels enervating sectarian debates that are by and large absent from the lives of most British people, who do not want religions or religious identities to actively prioritized by their directed government.”

Opponents argued that the prime minister’s intervention was “divisive.”

Former Archbishop of Canterbury Rowan Williams in his response to Mr. Cameron’s view posited that Britain was not a nation of believers and that the era of wide spread worship was over.

However, the current Archbishop of Canterbury, the Most Rev Justin Welby wrote in his blog that it was a “historical fact (perhaps unwelcome to some, but true)” that UK law, ethics, and culture were based on its teachings and traditions.

He also viewed the criticism of Mr Cameron by “atheist protesters” over his remarks “baffling.”

Mr. Grieve said, “Many of the underlying ethics of society are Christian-based and the result of 1,500 years of Christian input into our national life.”

At the same time, Mr. Duncan Smith said claims that Britain was not a Christian country were “absurd” and ignored “both historical and constitutional reality.”

The leader of the Liberal Democrat, Mr. Nick Clegg when asked about the controversy reportedly said, “I’m not a man of faith but I think it’s stating the obvious that we are a country underpinned, informed, infused by Christian values, Christian heritage, Christian history, Christian culture, and Christian values…”