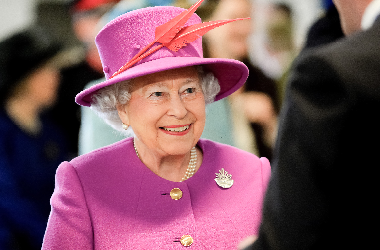 She reflected on the “mischievous twinkle” in his eyes as she spoke in an unusually personal Christmas message to the nation.

“That mischievous enquiring twinkle was as bright at the end as when I first set eyes on him,” she said.

The queen said she knew Philip would want his family to enjoy Christmas, and that she understood the difficulty of spending the holiday season “with one familiar laugh missing”.

The 95-year-old monarch said that while Christmas was a time of happiness for many, it could be hard for those who had lost loved ones, and this year especially she understood why, having lost Philip, 99, in April after 73 years of marriage.

“His sense of service, intellectual curiosity and capacity to squeeze fun out of any situation were all irrepressible,” she said in her traditional prerecorded festive broadcast, paying tribute to “my beloved Philip.”