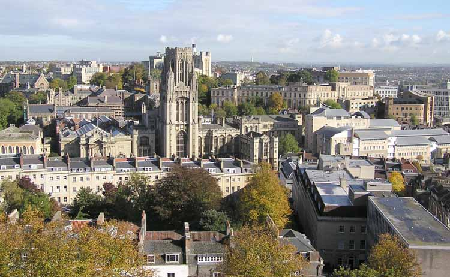 University students across various continents have been leading the charge for the name change of buildings, removal of statues, restitution to the children of slaves, among other demands.

One of the more recent appeals is that of students from Bristol University who are campaigning for the name of the Wills Memorial Building to be changed.

However, their request has been rebuffed by the administration of the university.

They have decided that the Wills Memorial Building ‘slave trade’ name will be kept and will not be renamed despite campaigners claiming it is named after a slave trader — Henry Overton Wills III.

Wills III became the university’s first chancellor after gifting it £100,000 in the 1870s.

Protestors have claimed it was “slave-profited money” and the name Wills Building should be expunged from the campus.

But a university spokesman has reportedly said it was not “appropriate” to rename it “or any other university buildings.”

The Wills family founded WD and HO Wills in 1786, shipping tobacco from the New World into Bristol.

The University rewarded Henry Overton Wills by naming a building in his honor after his generosity of a gift that would now value almost £10.5M.

Despite the Wills family heavy investment in the institution, protestors have declared it ill-gotten gain as it was “slave-profited money” and the funding does “not justify the means of slavery”.

They argued that the university should not be glorifying someone who “profited so greatly from such an immoral practice.”