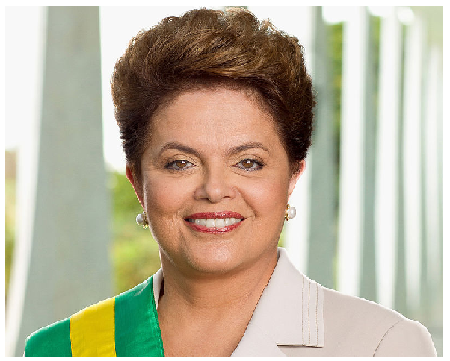 Dozens of women chain themselves to the gates of Brasilia’s Planalto Palace in support of suspended Brazilian President Dilma Rousseff, who says she will fight to prove her innocence.

The protesting women declared that they’ll fight for democracy until the end.

One protestor reportedly said, “The coup leaders in Brazil are trying to get President Rousseff out and are usurping our democracy, they will only get us out of here by force because we are defending democracy and the elected mandate for more than half of Brazilians.”

On the other hand, Rousseff had vowed to fight to prove her innocence after the Senate voted to put her on trial for breaking budget laws.

“This judicial farce for which I am being targeted is due to the fact that, as president, I never accepted blackmail. I may have made some mistakes. But I did not commit crimes…”

Her trial could take up to six months. And Centrist Vice President Michel Temer has taken over as interim president.

Dilma Rousseff departed the presidential palace just hours after the Senate voted to put her on trial.

But her supporters were prepared to stay outside to continue their protest.