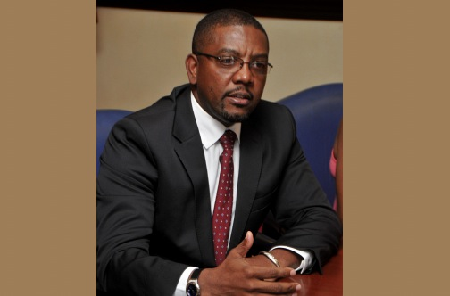 Don’t try to cold me up on this bridge, now

I’ve got to reach mount zion

So if you’re a bull-bucker,

Let me tell you this

The continuing saga of the dispute between discarded West Indies batsman Darren Bravo and president of the Cricket West Indies President Dave Cameron raised its ugly head once again with the forced cancellation of a 50 overs practice match between the Trinidad and Tobago Red Force and West Indies eleven team.

According to press reports, President Cameron has stated that given the impasse between Bravo and the Board it would not be in keeping with the Board’s policies and regulations to permit a player who is in violation to be involved in the game.

In a rjrnewsonline report, the CEO of the T&T Cricket Board Suruj Ragoonath said that Cameron has insisted that Bravo apologizes for a controversial tweet he posted last November where he called Cameron “a big idiot” before he can be brought back into the fold of Windies cricket.

The 28-year-old Bravo has not played for the West Indies since November 3, last year. The left-hander had his match contract for a tri-nation series with Zimbabwe and Sri Lanka canceled after making the disparaging tweet to Cameron.

However, earlier this year, Bravo was sold to IPL’s Kolkata Knight Riders for 50 lakh but did not feature prominently in the one match he played.

In the meantime, in a recent television interview, Cameron has advised that for Bravo to resume his international career he needs to remove the tweet from Twitter and admit to his wrong.

“What Darren Bravo has to do first and foremost is to take down the tweet. Every day that that tweet stays up is an infraction. Secondly, he needs to accept that he has done something wrong and then we can move forward from there,” reportedly said Cameron.

Bravo made his first team debut in January 2007, in a one-day match against Guyana.

Since then he has become the first batsman in history to score a Test century in the fourth innings of a Day/Night test match when he scored 116 in that innings. He was also the first ever left-handed batsman to have scored a Test hundred in an innings of a Day-night Test match.

The Windies are currently preparing for a One Day International series with India scheduled to bowl off at the Queen’s Park Oval next Friday, June 23.