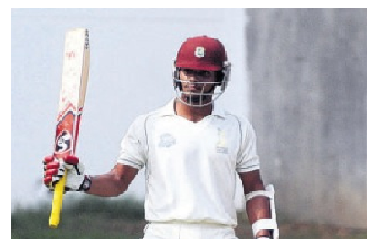 Brandon Alexander King is positioning himself to be numbered among not only one of Jamaica’s and West Indies best cricketers but also one that can be counted among the best in the world.

Born December 16, 1994, the 20-year-old right-hand batsman has commanded the attention of coaches and fans alike with his all-round cricket brilliance from his early playing days at the school boy’s level.

He represented the West Indies Under-19s during the ICC Youth World Cup in 2014.

In addition, he was called up to represent Jamaica in the West Indies Cricket Board four-day tournament last year after his brilliant performance in the trial matches.

He made his first class debut against Trinidad and Tobago and scored an impressive 71 in the first inning but only managed to score 20 runs in his second stance at the crease.

The attacking batsman is not only a batsman of class but also brainiac. He is currently pursuing studies in economics at the University of the West Indies and sees this as part of extending his career in life after cricket.

“My favorite player while growing up was Sarwan. I used to watch how he plays and try and copy his movements, and so on,” he reportedly told the press.

“If I could follow him and in the future make the West Indies team, I would be happy,” he added.