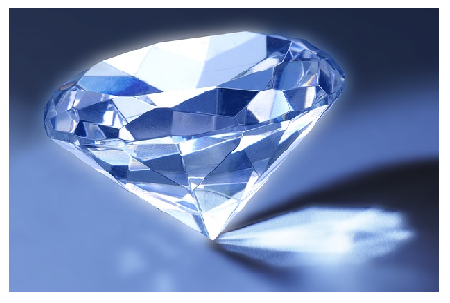 Diamond is not only a renowned and prized mineral, but also one of the most sought after. This gem of a material is endowed with superlative physical qualities, most of which originate from the strong covalent bonding between its atoms.

It has the highest hardness and thermal conductivity of any bulk material. Those properties determine the major industrial application of diamond in cutting and polishing tools and scientific applications.

The Botswana find is the world’s second-largest gem quality diamond according to the Lucara Diamond firm.

This is also the largest diamond to be found in more than a century.

The largest on record, however, is the 3,106-carat Cullinan diamond found in South Africa in 1905. It was cut into nine separate stones, many of which today lie in the British Crown Jewels.

“The significance of the recovery of a gem quality stone larger than 1,000 carats, the largest for more than a century… cannot be overstated,” William Lamb, the CEO of Lucara Diamond, a Canadian diamond producer, told the press in a statement.

The CEO also reportedly said two other “exceptional” white diamonds – an 813-carat stone and a 374-carat stone – were also found at the Karowe mine.

“This has been an amazing week for Lucara with the recovery of the second largest and also the sixth largest gem quality diamonds ever mined,” he added.

The stone is yet to be evaluated, but commodities and mining analyst Kieron Hodgson, reportedly told AFP news agency that “the potential to be one very expensive diamond.”

The gem, originally mined in South Africa, had taken more than a year to cut, polish and perfect.

Botswana is the world’s largest producer of diamonds, and the trade has transformed it into a middle-income nation.