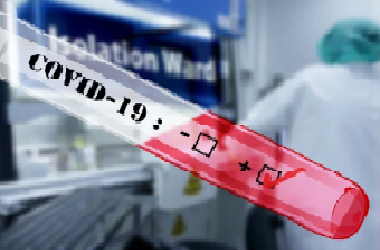 The President of Bolivia, Luis Arce, on Tuesday, congratulated a public university for having produced chlorine dioxide to treat COVID-19, despite warnings about its use made by entities such as the World Health Organization (WHO).

Arce referred to the matter in a speech during the inauguration of new facilities at the state-run Technical University of Oruro (UTO), in that Andean region.

“We are pleased to see how the coronavirus has been industrialized and combated with our university. We congratulate the rector and all those who have participated in the production of chlorine dioxide, which has been very useful for the population, especially in the mining centers where they have been cured with chlorine dioxide,” said the President, according to Televisa.

The President emphasized that this was done “when there was a de facto government behind that persecuted all of us,” in reference to the transitory administration of former president Jeanine Áñez, whose administration did not approve the use of chlorine dioxide against COVID-19.

Arce insisted on recognizing the university “in this work of looking for practical solutions and of scope to the Bolivian people and the people of Oruro in particular to solve this issue.”

Arce’s party, Movimiento al Socialismo (Movement for Socialism), promoted in the previous legislature a law to regulate the sale, supply, and “consensual use” of chlorine dioxide, a product similar to bleach, to prevent and treat COVID-19.

The ruling party imposed its parliamentary majority to approve the law, which was enacted last October by the then President of the Senate, Eva Copa, from MAS, and finally came into force during Arce’s administration.

The transitional government of Añez had warned against the use of this product because of the health risks, warned by international health organizations and several countries in different continents, due to harmful effects such as the destruction of tissues in the respiratory, gastrointestinal, hepatic, and renal systems.

Despite those warnings, the product is sold in pharmacies in the country with a notable demand and has provoked a debate between those who question its use and those who defend it.

During the coronavirus pandemic, oral consumption of chlorine dioxide solutions – either directly or obtained from sodium chlorite, also known as MMS (Miracle Mineral Solution) – for the treatment or prevention of coronavirus infection has been promoted through social networks and the web in several countries.

According to ‘Bolivia.com,’ several organizations such as the WHO and the Pan American Health Organization (PAHO) have warned that there is no evidence that it is effective for medical use, not only to treat coronavirus but any other disease.

Last January, the Argentine justice system began to investigate a doctor who prescribed the product, unauthorized in the country, to a coronavirus patient who ended up dying in a hospital in Buenos Aires where he was seriously hospitalized.