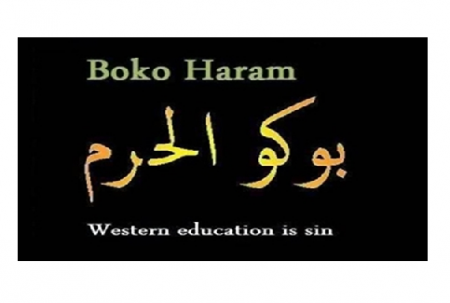 Abubakar Shekau, the gang leader of the terrorist group, Boko Haram – means “Western education is forbidden” has etched his name in the annal of history as a man who not only allegedly carried out serious atrocities against innocent people, but a kidnapper of more than 300 girls in protest of their education in particular and the education of women in general.

Shekau is reported to have been born in the Republic of Niger, though others have placed his birth in Shekau village in Yobe State of Nigeria.

It is speculated that he could be anywhere between 34 to 43 years-old. He is said to have an eidetic memory, an intellectual, a theologian, and a devout Muslim.

Notwithstanding, in other quarters he is viewed as a womanizer, fearless, corrupt. and a brutish killer.

Today, the U.S. State Department and the Nigerian army have a standing reward of US$7 million and US$300,000 respectively, for information leading to his capture.

Shekau’s latest act, kidnapping of more than 300 school girls while they sat exams at their school in the little remote village of Chibok, northeast Nigeria has met with strong condemnation from leaders around the world.

Notwithstanding, it seems that many countries including the Nigerian government is a dollar short and a day late in outing this group before it raised its ugly head and evolved into what may be best described as a monster, as shown by its current strength in terms of numbers and share atrocities.

Isn’t it easier to kill a crocodile in its egg than to wait until it’s hatched and grown?

The truth is Boko Haram began active military operation to create an Islamic state over the last five years and throughout the period, they have been terrorizing communities without impunity by staging audacious attacks, on churches, public transportation, military barracks, and even the police and UN headquarters in the capital of Nigeria.

Now, this is what results from the inaction of not only the internationally community but also from an incompetent and failed government.

The former U.S. Secretary of State Hilary Clinton said it best, “The Nigerian government has failed to confront the threat or address the underlying challenges of poverty, lawlessness and despair.”

The fact of the matter is, Nigeria is too much of a rich country to have people living in the sort of squalor that currently obtains. Moreover, the mismanagement of the nation’s resources and the level of corruption which permeates the society give people cause to want to revolt by any means necessary.

However, one must hasten to say that the abominable acts that are currently being carried out by Boko Haram today is not only an Nigerian, American, or European problem, but its a world problem.

Therefore countries such as China, India, and others must step up to the plate and collectively fight terror wherever it maybe found.

Finally, the question is, will the terror group Boko Haram return the girls to their families?  Will the international outcry and condemnation make a difference, hopefully, yes, but don’t hold your breath.

The fact is the only language groups like Boko Haram understands and will use is the ‘unforbidden’ western weapons and the international community have a duty to teach them a lesson.

What do you think?