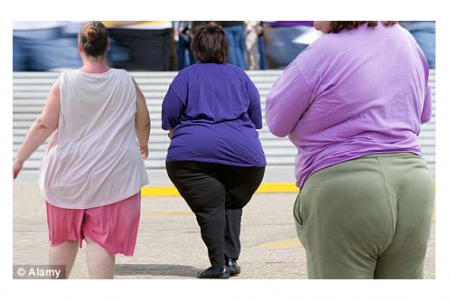 In a recent poll published by Gallup, it shows that black adults have the highest obesity rates across all major demographic groups in the U.S.

At 35.5% African-Americans continue to tilt the scale to the right, much to the chagrin of community leaders and health advocates.

Since the tracking of the body mass index (BMI) of Americans in 2008, the Gallup-Healthways well-being index survey has shown, in general, an increase in trend of Americans being over weight and blacks in particular.

Janna Lacatell, Healthways Lifestyle Solutions Director, reportedly said, “While it is difficult to identify long-term trends from short-term data, these data suggest, at best, no retreat in the obesity epidemic and, at worst, a deterioration.”

Moreover, she said, “Given that obesity leads to higher rates of serious health conditions like diabetes and hypertension, and has been shown to cause disease onset at younger ages, this is a significant public health concern. Further, populations that have a disproportionately high obesity rate, such as African Americans and southerners, also have disproportionately higher diabetes rates.”

A number of factors has been attributed to why blacks are disproportionately overweight. These include genes, diet, sedentary lifestyle, culture and others.

The fact is, if the high rate of obesity continues among the African-American community, very soon there will not only be a real crisis within that segment of the population but also on the country at large.

Obesity raises the risk of a range of medical conditions which include hypertension, stroke, Type 2 diabetes, coronary heart disease, respiratory problems, liver and gall bladder disease, among many others.

Already, the consequences and costs of obesity are mind boggling. In a Reuters report in January 2012, the direct medical costs of obesity was set at $190 billion per year. These costs include health care services, drugs, and various other medical tests.

Furthermore, according to the report, the loss of productivity due to obesity-related illnesses costs employers more than $6.4 billion annually.

In addition, obese persons may not be able to perform at full capacity even though while at work. This lack of productivity is estimated to cost employers over $30 billion per year.

The truth is until drastic measures are put in place and the government, businesses, and individuals are held accountable there is bound to be a social disaster.