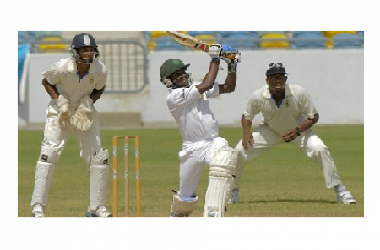 To get a hit you haffe fit

To get a hit you haffe fit

To hit the chart you haffe smart

Jamaica and West Indies batsman Jermaine ‘Come Back Kid’ Blackwood is lauding his turnaround in his recent performances to his appetite for fitness.

In an interview on the Mason & Guest radio show in Barbados, Blackwood said, “fitness is a big part” to his success since returning to international cricket.

“Once you are cricket fit, you will be alright,” he said. He added, “I am gonna push myself to be at least cricket fit.”

Blackwood said he is generally fit, but once cricket fit, he’s good.

He also said he is working on getting his conversion rate better and scoring more hundreds. He pointed to his strike rate and his desire to have that improve by working on his game.

In July, the 29-year-old Jamaican acquitted himself well during the #Raisethebat tour of England — was the Windies leading batsman.

He struck his second Test hundred as West Indies suffered crushing innings and 134-run defeat to host New Zealand in four days of the opening Test at Seddon Park, recently.

He also added a score of 69 in the first innings of the second Test, which was more than half of the West Indies total of 131.

He was the leading runs scorer averaging 54 for the series, well above his career average of 31.10.

In a past press report, the 29-year-old Blackwood said that the bombardment of short deliveries in training helped him to counter the aggressive Kiwi seamers.

“I have worked hard, and I trust my preparations as well,” he said.

“I want to thank all the coaching staff for feeding me a lot of short balls and good-length deliveries because, as you can see out in the middle, I was more comfortable with the short stuff, and it is a good sign going forward.”