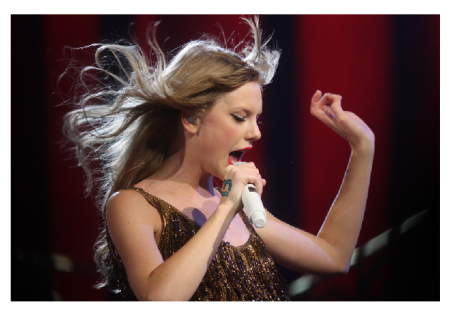 What’s the relevance of this nursery rhyme to Taylor Swift? – She can’t Twerk. In other words, she cannot do what Punchinella can do.

Taylor Swift’s latest video, titled, Shake it Off is causing an outrage among some African American women.

The video features Swift in different costumes and dance move along a continuum of music genre that includes rap, and classical.

The angst among some women of color is that Swift’s attempt at twerking and her use of black cultural symbolism and expression in the video is nothing but exploitative. It is also viewed as a failure to understand the consciousness of black culture in general and black music in particular.

Speaking in an interview on Huffpost Live, Amanda Seales, comedian on VH1’s ‘Best Week Ever,’ views the video as portraying black identity as a costume that can be easily changed. While Assistant Professor of Women’s, Gender, and Sexuality Studies at Ohio State University, Treva Lindsey deems part of the video as fetishizing of the black female body.

Swift however, to her defense said in a RollingstoneStone piece, “It takes a long time to figure out who you are and where you fit in in the world. I’m putting myself in all these awkward situations where the dancers are incredible, and I’m having fun with it, but not fitting in…”

She further said, “We had twerking, which was so funny. Those girls were trying to teach me how, and it’s just never gonna happen. I tried really hard… They were explaining it all to me, and it’s so above my comprehension of how to understand your body.”

Notwithstanding, the video has further promoted the debate on the topic of the appropriation or misappropriation of black culture to not only make money but also to perpetuate certain stereotypes.