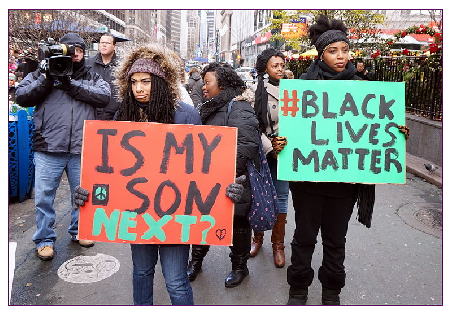 In a discussion on Fox’s show Kelly Files, panelists former NYPD Bo Dietl and spokesperson for Black Lives Matter, Lisa Durden were diametrically opposed in their views when host Megyn Kelly cited a statement by Chicago Mayor Rahm Emanuel (D) who reportedly stated that he thinks that the nationwide push for police accountability has made cops go “fetal,” leading to a surge in crime.

“They don’t want to be a news story themselves, they don’t want their career ended early, and it’s having an impact,” Emanuel reportedly told reporters last week at a meeting convened by Attorney General Loretta Lynch in Washington, D.C. to address rising homicide rates in some cities.

“Do you believe the cops are going ‘fetal’?” Kelly asked the panelists.

Dietl pointed to the Black Lives Matter group that was recently formed and the tremendous amount of pressure that cops are being placed under by the scrutiny of such groups.

He alluded to cops being scared to do their jobs because of fear of being penalized and argued that cops can’t be kept being slapped around for doing their jobs.

Furthermore, he stated that the police are under attack and “getting death threats.”

In response to the question of whether cops are holding back in doing their jobs, panelist Lisa Durden said, “I think the cops are holding back and that’s the biggest racist statement of all times  to blame the Black Lives Matter movement for why you’re not doing your freaking job, you Robocop, is disgusting.”

She added, “That’s the same thing as saying a woman whose husband beats her — it’s her fault because she stood up for herself. These guys are not the victims.”

She called that argument a “racist statement” and accused those who defend the police of making them the “victims” instead of the people unfairly targeted by law enforcement officers.

Kelly pointed to the fact that police officers might be worried about “becoming the next Darren Wilson,” the policeman who became infamous after he killed unarmed black teen Michael Brown in Ferguson, Missouri.

“Boo hoo hoo!” Durden responded, before pointing to the fact that people are evaluated based on their job performance, and police being evaluated by members of the public should be no different.