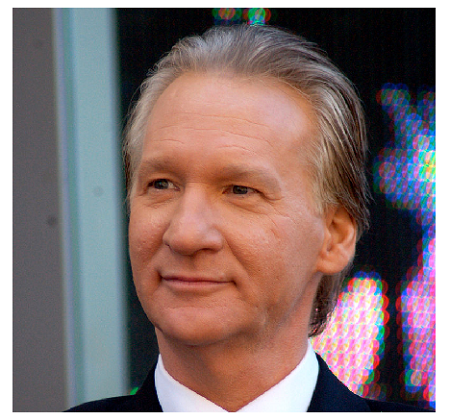 Republican Presidential candidates Donald Trump and Ted Cruz have commanded more bandwidth, airtime, and column inch than perhaps all the other candidates combined.

Both have also been the butt of jokes for comedians on air or stage across the country.

Joining in the debate on whether Trump or Cruz would be better as the nominee for the Republican or less repulsive is Bill Maher.

Maher sought to settle the debate by stating on his show that he would rather see Sen. Ted Cruz of Texas in the White House than businessman Donald Trump.

According to the HBO “Real Time” host, the choice between Trump and Cruz is not easy as both were like Mussolini and Joe McCarthy.

However, he noted that Mr. Cruz might be our worst president, but Trump might be our last, Mediaite reported.

“Donald Trump is like Ebola. He’ll violently kill you right away,” Maher said. “Cruz is more like the Zika virus, we won’t see the damage until future generations.”

Trump is “the most thin-skinned person in human history,” Maher declared.

He further said that Trump overreacts to the smallest slights, “whereas Ted Cruz is immune to insults because he’s had to live in a world where everyone, everywhere hates him.”

He said he chose Mr. Cruz because Trump is a “lunatic” who might make people disappear.

“What does he do on day one? Send Megyn Kelly to Guantanamo Bay?”  Maher asked, referencing Trump’s ongoing feud with the Fox News anchor.

Maher ended the program segment by washing his mouth with bleach and throwing on a hat with the slogan, “Better Ted Than Dead.”