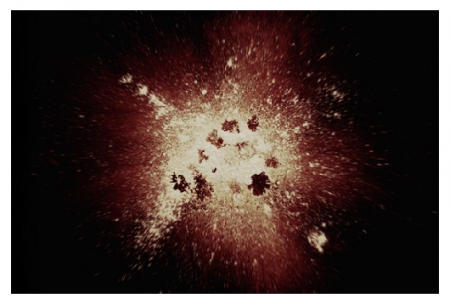 Most science textbooks that address cosmology credit Arno Penzias and Robert Wilson with the discovery that the universe arose from a hot big bang creation event.

Today, the Big Bang theory is argued to have set stage for the early development of the universe. This theory also puts the age of the universe at approximately 13.8 billion years old. The question however, is how does this theory fit within the Judeo-Christian construct of the universe? Dr. Hugh Ross, President and Founder of the organization, Reasons to Believe in an article on the website, www.reasons.org posited the view that the Bible is the first to teach about the Big Bang. He writes thus:

While it is true that they were the first (1965) to detect the radiation left over from the creation event,1 they were not the first scientists to recognize that the universe expanded from an extremely hot and compact state. In 1946 George Gamow calculated that nothing less than the universe expanding from a near infinitely hot condition could account for the present abundance of elements.2 In 1929 observations made by Edwin Hubble established that the velocities of galaxies result from a general expansion of the universe.3 Beginning in 1925 Abbé Georges Lemaître, who was both an astrophysicist and a Jesuit priest, was the first scientist to promote a big bang creation event.4

The first direct scientific evidence for a big bang universe dates back to 1916. That is when Albert Einstein noted that his field equations of general relativity predicted an expanding universe.5 Unwilling to accept the cosmic beginning implied by such expansion, Einstein altered his theory to conform with the common wisdom of his day, namely an eternally existing universe.6

All these scientists, however, were upstaged by 2500 years and more by Job, Moses, David, Isaiah, Jeremiah, and other Bible authors. The Bible’s prophets and apostles stated explicitly and repeatedly the two most fundamental properties of the big bang, a transcendent cosmic beginning a finite time period ago and a universe undergoing a general, continual expansion. In Isaiah 42:5 both properties were declared, “This is what the Lord says—He who created the heavens and stretched them out.”