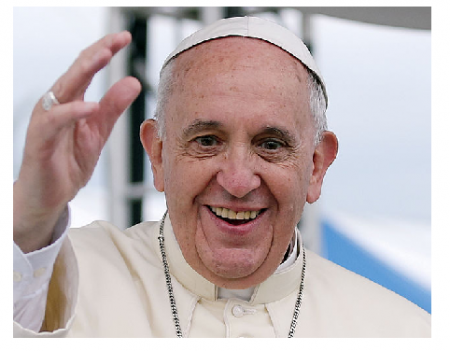 Pope Francis, Latin America’s first pope, makes his second trip to the South American region since he assumed the role of papacy on March 13, 2013.

Dubbed “the pope of the poor,” Francis will visit Ecuador, Bolivia, and Paraguay — some of the poorest countries in the region.

These countries are predominantly Catholic with Ecuador boasting a population of 79 percent, Bolivia 77 percent, and Paraguay a whopping 89 percent.

The pope is expected to make issues affecting the poor, the central tenet of his message. Some of these include:

Profiteering at the expense of the exploitation of labor

In a video message on the eve of his departure, Francis said he wanted to bring a message of hope and joy to all “especially the neediest, the elderly, the sick, those in prison and the poor and all those who are victims of this ‘throwaway culture.”

It is anticipated that there will be a massive turn out to see the pope in these countries which together makes up 40 percent of the world’s Catholics.

The Vatican reportedly said it expects more than 1 million people to turn out for Francis’ major public Masses in each country, and organizers have scheduled plenty of time for the pope to meander through the throngs expected to line his motorcade route.

“You can imagine what this embrace of love will be, this devotion of our people toward the pope, the universal pastor who comes from Latin America,” said Guzman Carriquiri, the No. 2 of the Pontifical Commission for Latin America and a top papal adviser.