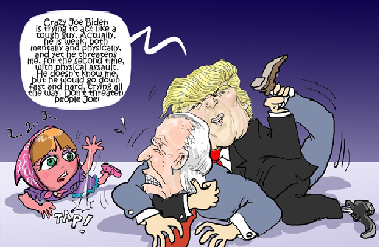 At the moment, polls in the battleground states are in favor of Joe Biden.

The polls suggest Mr. Biden has big leads in Michigan, Pennsylvania, and Wisconsin – three industrial states his Republican rival won by margins of less than 1% to clinch victory in 2016.

FiveThirtyEight, a political analysis website, says Mr. Biden is “favored” to win the election, while The Economist says he is “very likely” to beat Mr. Trump.

Donald Trump and Joe Biden are set to go head-to-head in their second live TV debate on October 22nd.