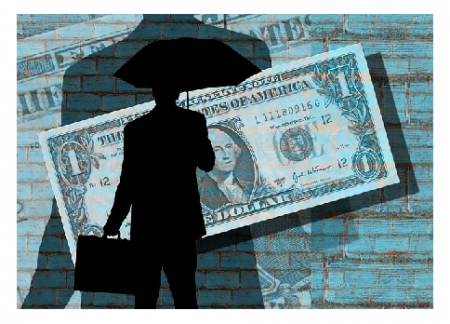 Beyond the Fair Pay Act which is a major provision in law that prohibits wage discrimination based on sex, race, or national origin among employees for work in jobs where composite of skill, effort, responsibility, and working conditions are equivalent in value even if the jobs are dissimilar; companies ought to consider their workers as part of their most valuable assets.

Now, the current wage gap according to the U.S. Census Bureau, in 2007 women earned only 78 cents for every dollar that men earned. This is approximately a 19-cent improvement from the 1963 wage gap figure of 59 cents on the dollar. The fact is not only does this type of disparity affect having a harmonious relationship and synergy within the workplace, but it also negates productivity.

Another case in point is the sore issue of the minimum wage. Today, many major companies have opposed or rejected the proposal for an increase in the minimum wage from $7.25 to $10.10.

This of course is a serious indictment on a society such as ours that claims “American Exceptionalism” and first world leadership.

According to James Mitchell, a former Secretary of Labor, “It is intolerable and indecent for a society to produce by overworking and underpaying human beings.”

The truth is it is a disgrace and crying shame for workers to be asked today to live on a wage rate of $7.25 per hour.

Yet, this is what thousands of workers have to do in order to support themselves and families in modern America.

Essentially, this means, for survival, a minimum wage worker will earn just about $15,080 a year after working 40 hours a week and 52 weeks a year. Now, how does this pay for food, clothing, shelter, and other necessities? -God only knows.

Certainly, there is dignity in work, but there is none in the minimum wage level as it now stands.

The view of maintaining the minimum wage at its current level is not only myopic but also typifies that of an old paradigm where workers were seen as a mere commodity to be exploited.

This has, in fact, failed in the past and in due course will also fail in the future.

On the other hand, historically, when workers are deemed as a valuable component of a company’s assets and policies are established to acknowledge this, it has been demonstrable proven that the company gains tremendously more.

This is underscored by the fact that a motivated workforce will always be the one that is most productive and in any business – productivity spells profitability.

Today, one would be hard pressed to find a motivated workforce at the current minimum wage level as well as in a work environment where disparity in wages exists without any sound basis.