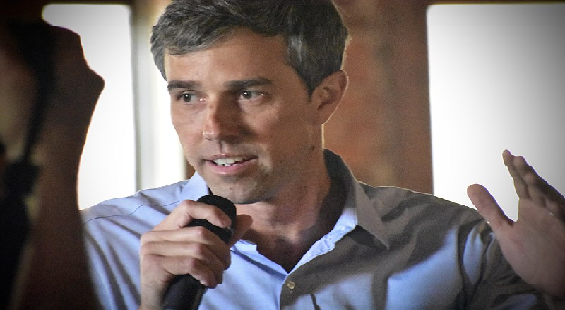 Robert Francis “Beto” O’Rourke, the 47-year-old former congressman who represented Texas’s 16th congressional district in the United States House of Representatives from 2013 to 2019, has made his exit from the Democratic nomination for President of the United States in 2020.

It may be argued that O’Rourke went from the Rising Democratic star to a falling star. However, the young politician can take comfort in the fact that youth lies in his future.

Despite his narrow defeat, O’Rourke set a record for most votes ever cast for a Democrat in Texas history.

Unfortunately, O’Rourke’s political skills in his home state did not translate on to the national stage, where it demands not only much more resources but also greater organization and a little more chutzpah.

Announcing the end of his campaign, Mr. O’Rourke tweeted: “Our campaign has always been about seeing clearly, speaking honestly, and acting decisively.”

He added, “In that spirit: I am announcing that my service to the country will not be as a candidate or as the nominee.”

He also wrote in a blog post, “We confronted institutional, systemic racism and called out Donald Trump for his white supremacy and the violence that he’s encouraged against communities that don’t look like, pray like or love like the majority in this country.”

On the other hand, Democratic frontrunners Joe Biden, Elizabeth Warren, and Bernie Sanders have all paid tribute to the erstwhile and wily politician.

“In the wake of the tragedy in his hometown, @BetoORourke responded with compassion and leadership, looking into the eyes of people who just lost loved ones and pledging his total resolve. His passion for solving our gun crisis has been inspiring to anyone who has seen him,” tweeted Joe Biden.

Warren commended O’Rourke for his commitment to ending gun violence.

She tweeted, “Thank you, @BetoORourke. Your commitment to ending gun violence and uplifting the voices of the victims and their families has made this presidential race—and our country—stronger. I look forward to working together in the fight to end gun violence.”

Sanders, in a tweet, expressed his gratitude to O’Rourke for his campaign run.

“Thank you, @BetoORourke, for running a campaign to bring millions of people together, fight for justice for all and end gun violence in America. We are grateful for your leadership,” tweeted Sanders.

In the meanwhile, Trump at a campaign rally in Tupelo, Mississippi, mocked O’Rourke and according to press reports, the President used a profanity to describe his rival and said he “quit like a dog.”

“He came out of Texas a very hot political property, and he went back as cold as you can be,” Trump added.

Now, will O’Rourke seek to fight another day, only time will tell!