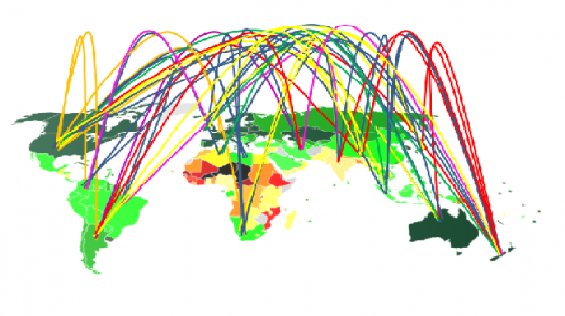 Democratic presidential candidate Bernie Sanders is promising to invest $150 billion to bring high-speed Internet to “every household in America.”

Sanders noted that high-speed Internet is central to the basic functions of families, students, and businesses.

He posited the view that a “huge swaths of the population lack access to an Internet connection or cannot afford the options available. Millions lack any Internet provider in their area, and tens of millions are trapped with only one option. High prices keep the Internet out of reach for working families in both rural and urban areas.”

“High-speed internet service must be treated as the new electricity — a public utility that everyone deserves as a basic human right. And getting online at home, at school, or work shouldn’t involve long waits, frustrating phone calls, and complex contracts and fees meant to trap and trick consumers. It should just work,” Sanders further argued.

He stated that the American taxpayers paid to build the Internet, and “access to it should be a public good for all, not another price gouging profit machine for Comcast, AT&T, and Verizon.”

He further noted that the major players in the industry exploit consumers by charging high fees and lobby government to keep competition at bay.

“Their greed must end,” said Sanders as he pointed to the super-profits of companies competing in the Internet space.

“With no incentive to innovate or invest, these conglomerates charge sky-high internet prices to reap profits from consumers, and they collect government subsidies to provide service to rural households while still leaving millions of Americans unconnected,” he lamented.