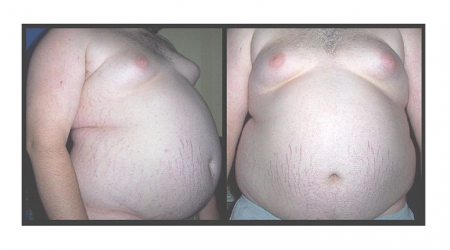 Abdominal obesity, colloquially known as belly fat and often referred to as love handle, baby fat, middle-age spread, potbelly, beer belly, spare tire, among others, should be a concern to everyone.

Now, without limiting the concern to the aesthetics of having a flat belly, one should be mindful of the fact that belly fat is associated with a statistically higher risk of heart disease, hypertension, insulin resistance, and type 2 diabetes.

The fact of the matter is belly fat is bad for everyone, and the sooner one realizes this and gets rid of it, the better the outcome.

Eating vegetables and fruits is not only one of the best ways in which one can burn belly fat, but also one that reduces the risk of some chronic diseases.

Today, although vegetables are grown widely and are one of the dominant food crops worldwide, people’s interest in eating vegetables and fruits pails in comparison to other types of food.

Vegetables may be categorized as cruciferous, culinary, and green leafy vegetables.

Cruciferous vegetables includes, cauliflower, broccoli, cabbage, cress, brussels sprouts, as well as many others. They are rich in fiber content, breaks down slowly in the stomach, and readily burns more fat.

Culinary vegetables such as cucumbers, eggplant, okra, peppers, tomatoes, squash and zucchini are considered fat-burning food because of their relatively low glycemic index. The glycemic index measures how fast the blood-sugar levels rise after eating certain types of food. High blood-sugar level is said to contribute to body fat.

Green leafy vegetables are very good for burning fat. They include callaloo, lettuce, bok choy, watercress, spinach as well as others.

In general, vegetables are high in soluble fiber and contain multiple nutrients and phytochemical. Scientists have now identified thousands of phytochemicas from different plants sources.

Phytochemicals are known by names such as, antioxidants, flavonoids, carotenoids, polyphenols among others. Vegetables are packed with phytochemicals which act as belly fat burners.

On the other hand, eating fruits can also help to get rid of belly fat. Fruits that pack a great punch in fighting belly fat include spanish olives, strawberries, blackberries, blueberries, red grapes, acai berries, blood oranges, as well as others.

They all contain the phytochemical C3G that is said to increase the production of both adiponectin and leptin which enhances fat burning and suppresses the appetite, respectively.