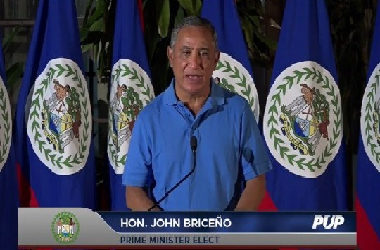 The leader of the People’s United Party (PUP), John Briceño, has been sworn in as the fifth Prime Minister of Belize.

He will name his Cabinet later on Friday.

Mr. Briceño led his party to a landslide victory in Wednesday’s general election, defeating the United Democratic Party (UDP) that was seeking an unprecedented fourth consecutive term in office.

The PUP won 26 of the 31 seats in Parliament with the UDP being victorious mainly in Belize City constituencies.