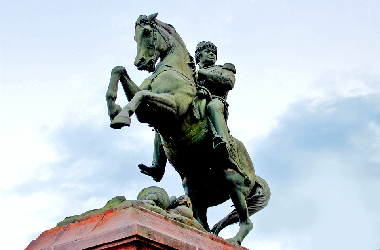 Of the many ways a thing can be said, I’d like it to be such that it alerts us to a higher understanding of the formidable power we have over our situations and circumstances.

For as much as we think we know ourselves very well, another’s sugar coated or vinegar-soaked suggestion that is angled for bait or deadweight, finds us auditioning to be the fly in an evolving spider’s web. This susceptibility to suggestions is not so much free will, our woeful vulnerability or even our predicament, but more that it has largely centered our outlook on life to our perceived lack or enslaved legacies wherever we find ourselves in that journey than on how to confront that narrative and real life experiences and best those suggestions to affirm the doctors, lawyers, and engineers in  children in whom hopelessness had taken generational residences.

The introduction, and subsequent confrontation with devils and serpents with forked tongues has breached our fragile defense much akin to being bowled for a ducks by the first ball, but it was a no ball but that searing experience marks our entire time at bat rendering us to be wary of devils and bad experiences rather than to affirm the boundlessness of our divinity. Predictably that first ball ducks will shape and haunt the image the batsman has of himself to the benefit of the other team.

It is an injury we have largely bandaged with our vision and version of a salvation when we die rather than as we yet live.  The net effect, with few exceptions or escapes, more by sheer determination and tenacity by those who defy the suggestions of devils, is that we concede that our steep deficit is more like a pin where an large anchor is required. This concession to “reality” is dangerous folly.

It might seem inevitable that the boy in grade six copying from another- including the person’s name- is destined to be a failure than a trail blazer. However, what is at stake is not that he is floundering and in over his head, it is that his suggestions to failures have yet to be countered with an expansive image of himself being not just an educator who teaches teachers but being the best architect of schools, hospitals and a pioneer in medicine.

Where is the affirmation to a boy without a textbook that he is going to be not just an author of spell binding stories but also the man to make libraries at your fingertips.

Where is the affirmation for the kids on the other side of the defunct railway tracks that not only can they escape the poverty they have been suggested,  they can be the world’s best in whatever they want to be, and also be distinguished, not for pulling themselves up by their bootstraps only, but for empowering people to see that our potential for transformation is formidable.

But if this is true, why do so many of us fail?

The narrative of failure is dependent on a suggestion of lack or pejorative. That undermines, and once you are undermined the integrity of who you are cannot very well withstand the assault. I’ll put it this way: We have not experienced a Mrs. Clinton’s Presidency because she was undermined. Many of us have not kept or become our promises to life because we were undermined and instead frantically settled to become someone who has a modicum of self-achievement to hang our hats on.

Sticks and stones do not hurt us as words do. Money earned or acquired cannot secure us as words can affirm us. This is important to understand, for as people struggle with anxieties, as society frays along the suggested lines of division, despair, and otherness, the solution is not to secure yourself at the others ‘expense, or get rich and switch, but to become a counterweight to the fork tongues by affirming that  perceived deficit- yours’ and theirs- is no match for the power and spirt God has placed rightly placed in us.

Be audacious to suggest your baskets and others to high places where lack and pejoratives “cant touch this”. Be Amazing!