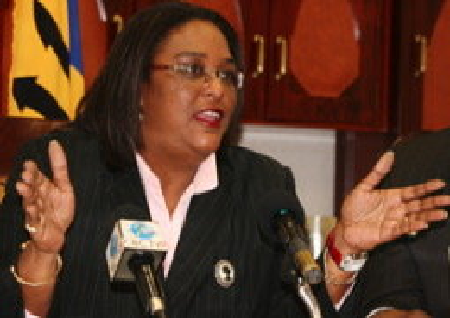 The 52-year-old Mottley is the eighth person to hold the position of prime minister in Barbados and the only woman to do so.

It was a historic landslide victory with the BLP winning all 30 seats in parliament and over 70% of the popular vote.

In her victory speech, the popular politician noted, “The victory is not mine, not the Barbados Labor Party, this victory is the people of Barbados victory”.

She further declared that she wanted the victory to be also recognized as “a people’s campaign” and welcomed the new legislators who had embarked on “this special journey.”

“Leading this team has been the privilege of my life, it is now for us to move forward because the electioneering has stopped,” she said, adding that she wanted to thank all those who had offered themselves and had not been successful.

“I urge them to continue in the spirit of service and…in building this country,” she said, adding that she would begin the task of rebuilding the country immediately.

In putting the foregoing into a cricket context, one could say Mottley opened her innings with a six.

However, after the announcement of a 30-member Cabinet and 12 government senators, one would have to conclude that the Prime Minister is padding up too much on the off side rather than playing each ball on its merit.

The fact is given the size of Barbados and its population, the number of people in the PM’s Cabinet is an overkill. One, it does not make for good optics; two, the perception is — a political trough with benefits and spoils for government members; three, it’s a drain on the public purse; and four, big government does not work effectively and efficiently.

A look at other Caribbean countries with a much larger population reveals a much smaller size cabinet; for example, Jamaica with the largest population in the English-speaking Caribbean (2.9 million) has 19 Ministers and five State Ministers. And, even then, one would argue that that is too large.

Today, Barbados faces serious economic challenges albeit it has transformed itself from a low-income agricultural economy into a more diversified middle-income one.

These challenges were not lost on the outgoing Stuart led Democratic Labor Party who sought to address some of the imbalances and vagaries within the economy through an austerity program.

However, the Party was thrown out of office by the voting populace,partly because there were no shared vision, lack of economic growth, and poor communication.

Prime Minister Mottley must keep that in mind and moreover, be cognizant of the fact that the mandate given to her by the people is directly linked to the promises made to them in the manifesto of her party.

The people voted for transformational change, a new order, a new beginning, and one that will see economic growth and prosperity for all.

The big government announced by the Prime Minister is tantamount to using a sledgehammer to kill a fly. In other words, the announced oversized cabinet will not lead to efficiency and effectiveness and is contrary to what obtains in modern management practice.

The fact is General Electric — GE, an American company with its more than 300,000 employees, has a smaller management team than the size of the newly announced Barbados cabinet. And, one must add, GE generates more revenue and has a larger budget than Barbados.

So, good election win, Madam Prime Minister, but a lousy move in appointing such a large cabinet and as said in local parlance – too many rats never dig a good hole!