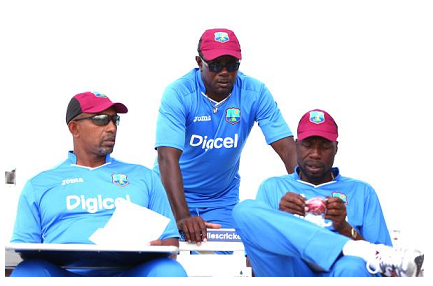 If they do well, they know that they are up there, if they don’t do well against Australia then they know they have things to work on,” said the coach.

Phil Simmons, the newly appointed West Indies coach, was pleased with the team’s win in the third Test against England. Simmons believes that the victory will help the young team in the long run. Simmons took over reins just ahead of the Test series against England which ended as a 1-1 draw.

Speaking to Reuters, Simmons said, “It is a cause for optimism, you are talking about winning a Test match where we weren’t fancied to do anything in the series. It gives them good confidence that they were part of it. The biggest part of winning that game is what the youngsters and the team takes from that.”

The victory was also a message to the naysayers who believed that West Indies did not have what it takes to do well in Tests. Calls of the team being ‘mediocre’ by the incoming ECB chairman Colin Graves had only flared things up and Simmons was pleased that the team proved them wrong.

“The key message was that there is the ability there to play Test cricket and do well at Test cricket and we have to start looking and making sure we know exactly what we are doing and what direction we are going and all the players are part of that.