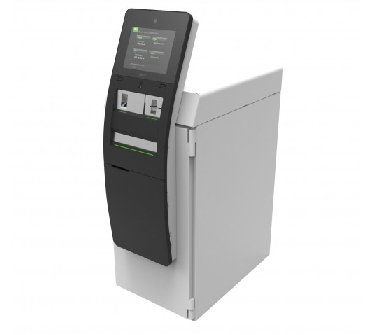 Automated Teller Machine (ATM) as we know it may soon be a relic of the past.

The fact is new technology is not only changing the design of the machine but also transforming the way it will function in the future.

National Cash Register (NCR), the U.S. based Computer Company recently rolled out new software that will transform ATMs to use the cloud with Android and a thin-client model of computing.

This new applications will not only be a big boost in security, but will also dramatically lower costs, the company stated.

He added, “Kalpana software is ideal for financial institutions and independent ATM deployers looking to improve security, quickly advance service delivery through technology, and reshape their cost to serve.”

NCR estimates that Kalpana software can reduce the cost of running an ATM network by up to 40 percent. For a bank or ATM operator running a network of 100 ATMs, Kalpana software could reduce the total cost of ownership by $540,000 to $800,000 a year by breaking free from the constraints, expenses and security procedures of existing ATM technology.

The company also posited that the Kalpana software greatly improves agility, helping bring new ATM services to market twice as fast as before, while also significantly decreasing the cost of:

NCR noted that the Kalpana software is part of an enterprise platform that can deliver transactions and services to traditional ATMs with Windows™ operating systems, as well as new thin-client ATMs. These ATMs can be either NCR or non-NCR branded.

In order to maximize the value of the software, the company is simultaneously launching a new thin-client solution: the NCR Cx110 ATM.

The ATM looks dramatically different than a traditional ATM, with a sleek, curved interface on a thin bezel. Its 10-inch touchscreen replaces the traditional pinpad, and integrated biometrics and cameras provide ATM operators and consumers with the latest in security and user experiences.

Cardtronics will use the Kalpana software to drive Cx110 ATMs in its network.