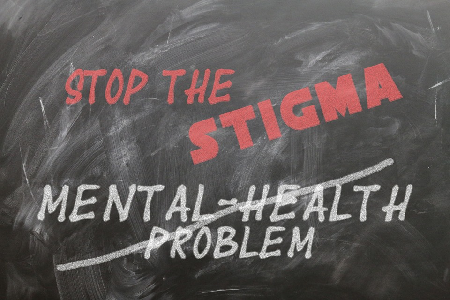 In the past, a coach or team management’s number one concern in the oversight of a player or team would be their physical health. The feeling was that once an athlete was fit then they were being paid to produce as professionals in what can be described as a “win at all cost mentality”.

However, in the past few years, the issue of mental health and its impact on sports athletes has become a topic that has been brought to the fore. In this article, we will reflect on this issue of mental health by looking at its impact on famous sports figures, an international cricket superstar, and then look at how Cricket West Indies can take a proactive approach to address this issue.

Many critics claim that athletes who speak about their mental health struggles are excuse-makers who only bring it up when they fail. However, that claim is false. One of the first famous sports figure to speak about this issue is Michael Phelps.

His credential makes him legendary as an Olympian with 23 gold medals and 28 medals overall. In an olympics.com article, Phelps confessed that his problem dated as far back as his first Olympics. He stated, “I can go back to 2004 and say that was when I first experienced it,” Phelps said. “That was the first time I came across depression coming back from the 2004 Olympic Games. I suffered from post-Olympic depression pretty bad.”

He described another period of depression following his achievements in Beijing in 2008. But in 2014, he started to come to understand better what he was experiencing. He educated himself about it and recognized that it would be an ongoing struggle.

In May 2021, tennis superstar Naomi Osaka withdrew from the French Open due to mental health issues. Osaka is a 4-time Grande Slam Winner and is seen by many as the next global female tennis star.

Yet, critics felt that she was making excuses when she felt uncomfortable doing press conferences and as she stated in her Instagram post battling “social anxiety”. She subsequently withdrew from Wimbledon and despite her best efforts lost in the third round in the Olympics.

Finally, the most outstanding female Olympic Gymnast in history, Simone Biles stunned the world during the Olympics when she withdrew from the team all-around finals and a few other individual events because of mental pressures and suffering what is called “the twisties”. A npr.org article described “the twisties” as “a sensation of losing her position in the air.”

Ben Stokes famously produced a man-of-the-match performance to lead England to their first World Cup victory at home in July 2019 over New Zealand. He is also ranked as one of the top all-rounders in world cricket.

However, on July 31, 2021, the England and Wales Cricket Board announced that England superstar all-rounder was being withdrawn from the England test squad. According to a skysports.com report, Stokes withdrew because 1. to prioritize his mental wellbeing and 2. to rest his index finger. Ashley Giles the managing director praised Stokes for his courage to speak up and went on to point out the present danger to players and athletes during the pandemic.

He stated, “spending significant amounts of time away from family, with minimal freedoms, is extremely challenging. The cumulative effect of operating almost continuously in these environments over the last 16 months has had a major impact on everyone’s wellbeing.” It was a commendable decision and outcome made by all involved.

We have seen from the foregoing that mental health in sports is an issue that has long been ignored and criticized. These issues can be triggered by the pressure to produce, dealing with the media, a tragic event in one’s life, and even the bubble environment that athletes and players are subjected to during this pandemic. The examples cited show that it can affect anyone including the greatest players and athletes in the world.

Cricket West Indies must recognize the importance of mental health on the region’s cricketers. It is important to save these players from themselves at times by not drafting them into every tour. By rotating, the player will be more fresh, more mentally and physically fit to produce.

It appears a good decision was made when Jason Holder was withdrawn from the recent South Africa and Australia T-20 series. However, can this be the norm for all our players to be rotated? Also, the board should have sports psychologists on hand for the senior squad but also at the academy level to groom players to care for themselves mentally. The management team should create an environment where players feel free to speak about this issue without prejudice or criticism. Finally, the fans must hold themselves accountable in viewing sports because it is not bigger than life itself. Too often players and families are threatened and attacked racially online based on a disappointing result.

Yes, when management and players care about mental health then greater success will be enjoyed in the short-term and long-term, they retire.